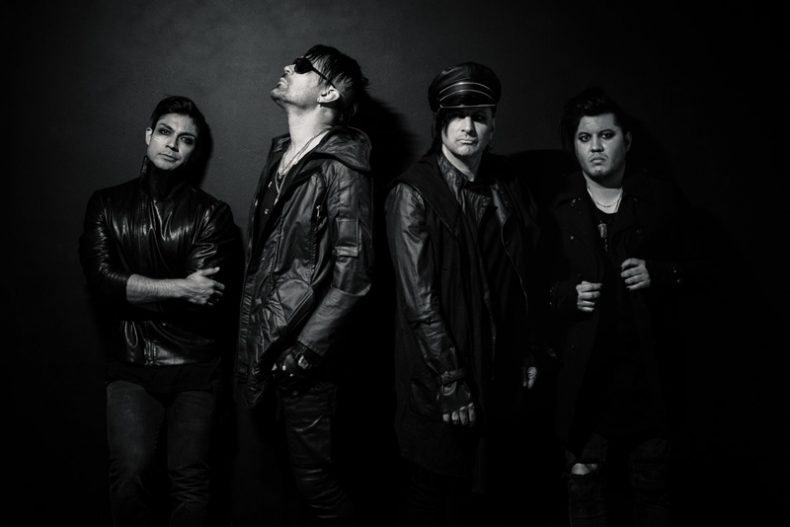 Great news for fans: Julien-K will be joined by their legendary original drummer and Dead By Sunrise bandmate, Elias “Bones” Rodriguez.

Ryan Shuck was quoted “We reconnected after years apart at Chester’s (Bennington) funeral. I had just given a eulogy and afterwards Elias just came and hugged me. We literally hugged each other and cried HARD for about 10 minutes. No words. Nothing. Then we continued to deal with the tragedy in our own ways, but continued talking months after. In late 2019 we met again at a Korn concert in San Diego where Elias was hanging w our old friend Head (Brian Welch) and we just said to one another….brother I miss playing with you!”

Months later, current Julien-K drummer Alex Gonzalas found himself with multiple conflicted obligations, with “By An Ion” (Gonzalas’ solo project) blowing up on its own. Gonzalas suggested to Shuck that he reach out to Rodriguez, and that it would be “amazing for fans, and an amazing live performance for Julien-K”. Shuck agreed and Elias was quickly reintegrated into the band.

The band is anticipating a massive excited and inspired core fanbase turnout with the re-addition of OG member “Bones” on a virtually perfect tour pairing with The Birthday Massacre.

Julien-K will be headlining dates before and after the main Birthday Massacre tour package as well, with Rodriguez included.

The bands new album, Harmonic Disruptor, is scheduled to drop early April through TLG/INgrooves, as new singles “Shut Down Your Soul”, “Stronger Without You”, and “Burn The System” hit in March. Shuck has mentioned that this album “is sharply focused on the death of our best friend and brother, Chester Bennington”, and that it is a “scream of consciousness” where Shuck had a platform to try to deal with the loss of his best friend, bandmate, and rock legend, Chester Bennington.

Buy link to latest single “Shut Down Your Soul” which dropped Fri 2/28 – https://ffm.to/shutdownyoursoul 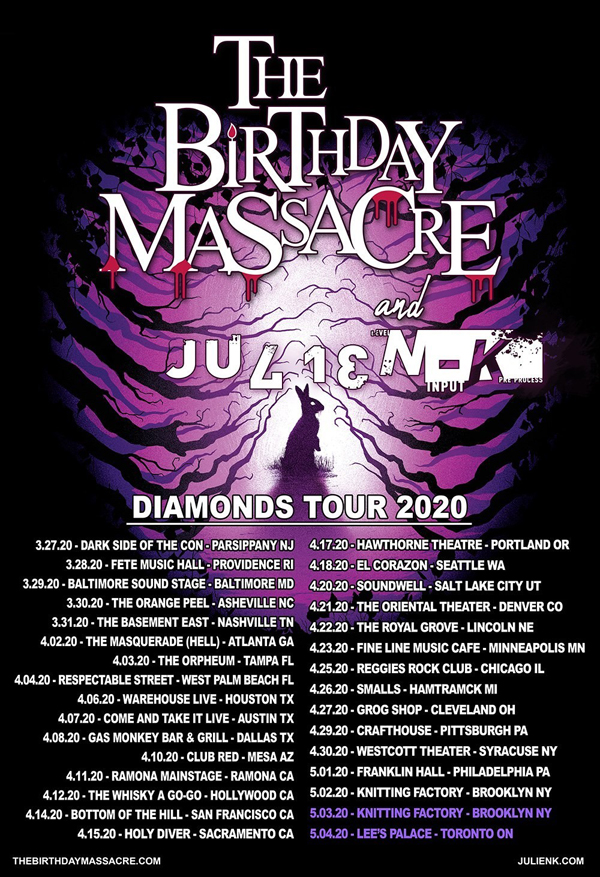 SPILL NEWS strives to keep our readers up to date with news and events in the music industry. We keep you informed of the most recent information regarding new releases, tour dates, and information items about your favourite artists.
RELATED ARTICLES
amir derakhjulien-knews