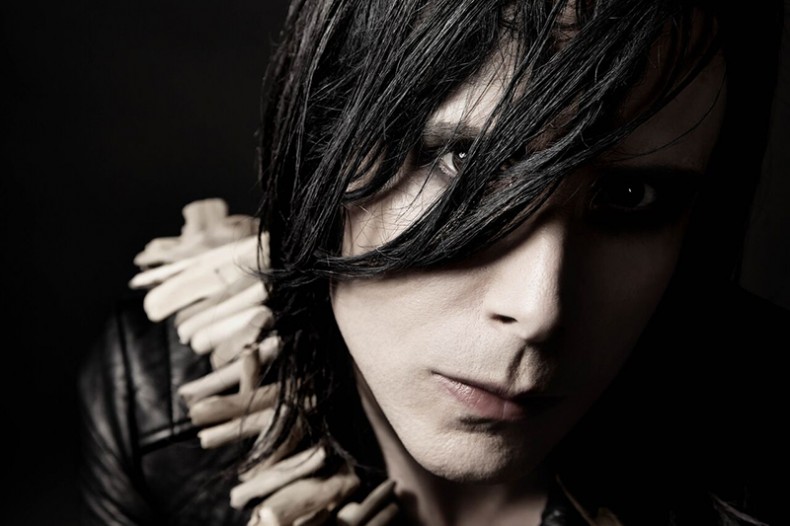 “It’s about becoming unhinged… being sucked into a black hole of madness and psychological pain and clawing a way out,” explains Chris Corner of internationally revered band IAMX bout his new single and video “North Star”, which was taken from their sixth studio album Metanoia released last October 2015). “Nature can relieve the burden of obsessive everyday stress, it can diffuse the never ending ‘story of me’ and guide you back to a calmer mental state. ‘North Star’ symbolizes this guide.”

Set for release today February 19, 2016 via Metropolis Records, “North Star” will be presented as a three-track single featuring remixes by Future Funk Squad and Mr. Kitty. “I chose two distinctly different people to remix the track,” Corner say. “Each of the remixers were passionate to do it and I love what they do.” London-based Future Funk Squad opted to amplify the percussive nature of the single to dramatic effect, creating a remix that maneuvers through bombastic explosions and tinkling silences. “Future Funk Squad a.k.a. Glen Nicholls is a very influential award winning British remixer/producer,” Corner explains. “He’s worked with everyone from Massive Attack to NIN.” The Austin, Texas’ synthpop artist Mr. Kitty opted instead to focus on texture and emotion in his take of t he track. Propulsive and expansive, his remix washes the original with room-filling atmospherics and midnight dance beats. “Mr. Kitty toured with us on our US phase of the last tour and we loved the performance,” he adds. “It’s an honor to have them both involved.”

The gorgeously-filmed video was filmed on location on a desert expanse in Wonder Valley, right outside of Fresno, California – not coincidentally where the song itself was written. “I have a small cabin out in the middle of the desert there,” Corner explains. “It’s a beautiful, strange, silent place, full of abandoned homesteads. It’s enchanting and bleak at the same time.” Visually arresting and subconsciously isolating, it matches the songs otherworldly feel of separation from the physical realm into a spiritual one. “The unpolluted blackness of the nights exposes incredible starry skies and it had a profound effect on me. I don’t remember ever really seeing the sky like that,” he recalls of the location. “So this fed my imagination. It’s an alien world that influenced the whole mood of the song and of the album, and a place I now go when I need to be away from the city.”

The album from which the song is taken, Metanoia is a journey into Corner’s own personal trials and current struggle with chronic insomnia, which crippled him mentally, emotionally and creatively. Nearly halting the band completely, Corner dealt with the mental illness by leaving his former home of Berlin, Germany and retreating to the warmth and sun of Los Angeles, California. “The physical move of geography afforded a unique and new perspective,” he says. Writing and composing the music in this new environment helped him give him clarity to his own life and propelled his music into a new direction. “Being more purist and electronic with the sound on the new record was a way to go back to essence of IAMX – one man, one room, one computer. That’s how it began and there was a beauty and ease to that way of working.”

With a new single in hand and a new lease on his life as IAMX, Corner is ready to tackle the next chapter. “I’m in a much better place with my mind,” he concludes. “I feel reborn in some ways with a wiser calmer more realistic perspective on myself and my place in the world. I worked fucking hard, erased toxic people from my life, threw myself back into my art and I can say I am the happiest I’ve been for a long time.”

The “North Star” three-track single is released via Metropolis Records in the US today on February 19, 2016. IAMX will continue touring this year to support Metanoia throughout the world.

SPILL NEWS strives to keep our readers up to date with news and events in the music industry. We keep you informed of the most recent information regarding new releases, tour dates, and information items about your favourite artists.
RELATED ARTICLES
chris corneriamxmetanoia
9.0

by Aaron Badgley on February 2, 2018
IAMX Alive In New Light Caroline/Universal Music IAMX is really Chris Corner, formerly of Sneaker Pimps. He has been recording and performing under the name IAMX since 2004 and Alive In New [...]
10

by Synescape on September 22, 2017
IAMX Unfall Caroline International/Universal Music At the heart of all revolutions is a seed of madness, a frustrated intelligence that cries for transformation. In a time when electronic music was [...]