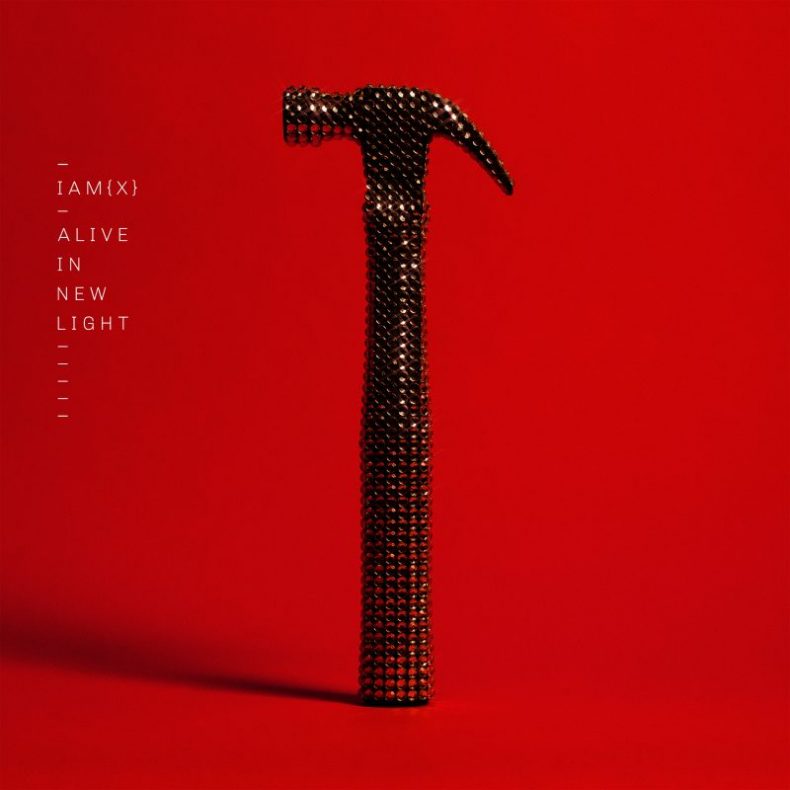 New York, NY, December 14, 2017: Emerging from an intense depression that fuelled his last two albums, Chris Corner AKA IAMX releases his newest LP Alive In New Light (AINL) on February 02, 2018.  A cinematic celebration of breaking free from demons that have long plagued him, AINL captures the giddy phase of metamorphosis, when you are no longer what you were but not yet fully what you are becoming. The album is both a ‘thank you’ to fans and an invitation to the next phase in IAMX’s intoxicating journey of self-discovery. Appearing on four tracks and along for the experience is postmodern tattoo and makeup powerhouse, kindred spirit, and superfan, Kat Von D. The AINL celebration also features a line of erotic merchandise inspired by the album artwork designed by Ryan Clark for Invisible Creature. Among its searing track list, AINL features “Mile Deep Hollow,” which was previewed on How To Get Away With Murder, the fifteenth IAMX track to be synced on ABC TV’s blockbuster.

Recorded, performed, and mixed by Corner in the California desert, in a trailer facing a mountain,“far from the Joshua Tree hippies,” AINL features nine walloping songs that put a majestic spin on alternative electronica thanks to Corner’s powerful vocals and larger than life production. “The desert is white noise,” Chris explains. “You can lose yourself in the details of producing, mixing; it’s just silence.”

“Stardust” opens the album with a galloping groove reminiscent of Depeche Mode’s “Personal Jesus”. The title track follows with an almost operatic meditation on rising from the ashes. The staccato rhythm on “Break the Chain” heightens the urgency in Corner’s soaring, plaintive lyrics and vocals. “Body Politics” works a sleazy electro funk groove with a Nine Inch Nails-like fervour. “It’s about trying to consume the club, losing yourself in rhythm and pagan, primordial elements, release without a deep message,” Chris explains. “Exit” echoes Bjork’s cubist balladry with a pulsating beat. “Stalker” transports the listener to an exotic, seductive, and mysterious parallel plane where love and obsession blur. “Big Man” contemplates our current dismal politics with a creepy circus-like soundscape that would be at home in a Tim Burton movie. “Mile Deep Hollow,” despite its dark and ominous tones, is an expression of gratitude. “The Power and the Glory,” a reference to the Lord’s Prayer, closes the album, burying the past and seeding hope for the future.

Reflecting on working with Chris, Kat says, “We could easily swap closets and makeup drawers and no one would be able to tell the difference. We both create, not because we want to, but because we HAVE to.” Chris agrees, referring to the creative process as both torturous and liberating. “This album is about connecting, and it’s a pain in the ass to do it through an album. Each time I do this, I feel exhausted but it’s an impulse I can’t stop. If you write your pain out, there’s a venting. Happiness is a skill. I’m happiest activating skills that keep you balanced.”

Transformation at its core is chaos, but it can also be cathartic, theatrical, and transcendent. On Alive in New Light (AINL), IAMX explores the complexities of mutation through sound, visual art, makeup, and intimate merchandise with the unflinching ferocity fans have  come to expect and newcomers are certain to be seduced by. Both can experience IAMX in his theatrical glory when he embarks on his European tour in February and March, and US & Canadian dates for April and May which will be announced soon.

SPILL NEWS strives to keep our readers up to date with news and events in the music industry. We keep you informed of the most recent information regarding new releases, tour dates, and information items about your favourite artists.
RELATED ARTICLES
alive in new lightiamxkat von d
9.0