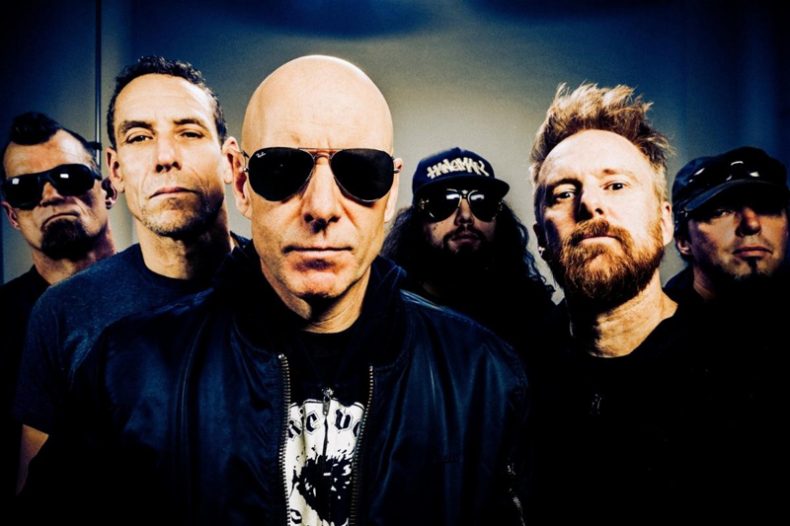 The Headstones share a brand-new video for their latest single “Horses,” from their critically acclaimed full-length album PEOPLESKILLS. The video was shot at Ace And Sword Tattoo shop, which sees the band performing in-store while lead guitarist, Trent Carr, gets inked with a brand new tattoo.

PEOPLESKILLS, has earned them high praise from fans and critics alike with Ben Rayner of The Toronto Star proclaiming it an “Old School Punk Barnburner.” The album was nominated for a JUNO for Rock Album Of The Year, making it the band’s fifth JUNO nomination, and to celebrate the band are releasing PEOPLESKILLS on vinyl on March 27th. This marks the first time a Headstones album has been available on LP and finally answers fans’ most often asked question “When can I get this on vinyl?”  Included as a bonus on this exclusive pressing is the band’s 2019 cover of the classic Gordon Lightfoot song “The Wreck Of The Edmund Fitzgerald.” This limited edition pressing will be available for pre-order via the band’s website starting today. Pre-Order HERE.

Headstones are also hitting the road in June as part of the cross-country star-studded tour Saints and Sinners alongside fellow Canadian rock stalwarts Moist, The Tea Party and Big Wreck. Tickets can be purchased HERE and full list of dates can be found below.

The Headstones have a recording career that spans three decades, eight albums and multiple chart-topping singles; the first single from PEOPLESKILLS, “Leave It All Behind”, spent 23 weeks on the radio charts and peaked at #3. PEOPLESKILLS stays true to the Headstones’ DIY and punk rock attitude and is one of the band’s biggest records yet.

SPILL NEWS strives to keep our readers up to date with news and events in the music industry. We keep you informed of the most recent information regarding new releases, tour dates, and information items about your favourite artists.
RELATED ARTICLES
cadence recordingsHeadstonesjuno awards