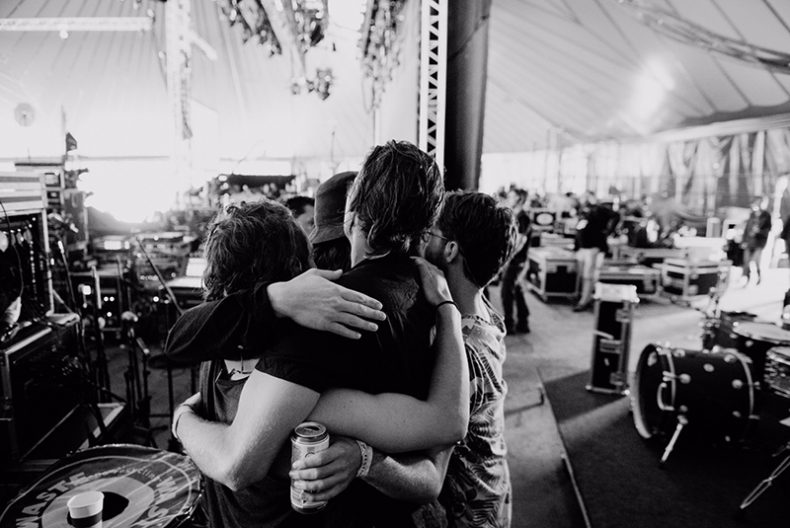 TICKETS ON SALE THIS FRIDAY

Following an international festival tour circuit this summer that saw the band play Glastonbury, Reading & Leeds, Wayhome and many more, the internationally celebrated, Montreal-based, indie-rock quartet, Half Moon Run announce an upcoming tour of theatre venues across Canada this December. Beginning with a Massey Hall play on December 1 the band will work its way westward, playing some of the most beautiful theatres in the country, ending at Victoria’s McPherson Theatre on December 17.

A fan pre-sale with reduced ticketing fees happened yesterday, Tuesday September 20th, and a general on sale follows on Friday September 23rd. Plants and Animals will support on all the dates.

Partnering for this upcoming tour with Plus One, by adding $1 to each ticket sold, will allow those proceeds to be donated to a recipient organization the band has selected: The Native Youth Sexual Health Network (NYSHN). NYSHN is an organization by and for Indigenous youth that works across issues of sexual and reproductive health, rights and justice throughout the United States and Canada. NYSHN works with Indigenous peoples to advocate for and build strong, comprehensive, and culturally safe sexuality and reproductive health, rights, and justice initiatives in their own communities. They are a peer-based network of individuals, families, communities, and Indigenous peoples at large.

Half Moon Run were recently in Toronto to announce the tour. Just this past weekend, the band was the domestic headline act for the Global Citizen event- a concert to end AIDS, TUBERCULOSIS and MALARIA at the Bell Centre in Montreal.

The quartet embarked on an unstoppable two years of international touring which saw their debut album – Dark Eyes (2012) – recently turn Platinum (and Sun Leads Me On has already surpassed Gold sales status) and the band became a globally revered live act. But the group returned home in 2014 worn down. They needed to start over, and were drawn by the sun to California on a collective journey of growth and discovery, that allowed them to create their most recent album, Sun Leads Me On.

Sun Leads Me On, released in October of 2015 largely eschews the alt-folk melancholia of its Dark Eyes predecessor, but Half Moon Run are not afraid to veer off the beaten track so long as they remain guided by beauty. The beatific arcadian piping of opener Warmest Regards announces this album; the brief classical sounding arrangements of Throes mark an interlude, while the dark lyrical world of Trust bounds onto the dance floor propelled by some pulsating synthesis. The album was long-listed for this year’s Polaris Music Prize.

“Sun Leads Me On came from a place that felt a little bit like being underwater,” explains multi-instrumentalist Dylan Philips, “but we kept powering through because ultimately we knew it was worth it. We had this beautiful thing, this wonderful chance, but we were also working our way through a lot of darkness, losing lots of friends, struggles at home, losing our sense of home, trying to let the music guide us but having trouble even finding that. There was a lot of strife in it all, but at the same time the sun just kept pulling us forward, and we just kept pushing forward and trying to find beauty in what we do.”

SPILL NEWS strives to keep our readers up to date with news and events in the music industry. We keep you informed of the most recent information regarding new releases, tour dates, and information items about your favourite artists.
RELATED ARTICLES
half moon runnewsplants and animals