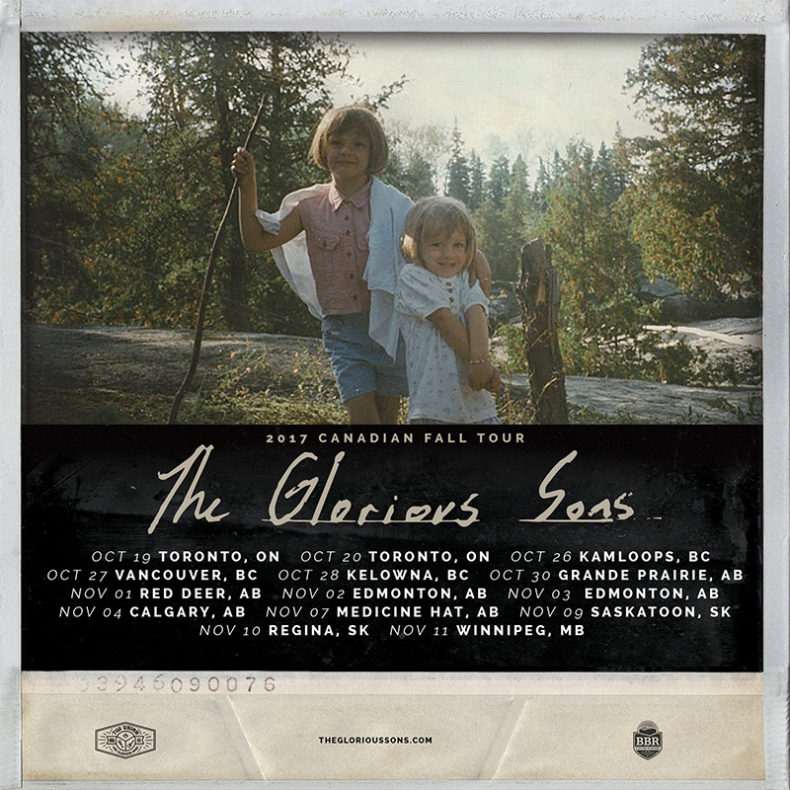 Today Juno-nominated Kingston rock band,The Glorious Sons announce their Canadian fall headlining tour in support of their upcoming sophomore album, Young Beauties and Fools, out this October via Black Box/Universal Music Canada, the country’s leading music company. The band kicks off their cross-country fall tour on October 19 with two back-to-back Toronto dates. Currently in the middle of their summer festival tour, The Glorious Sons are also playing multiple U.S. dates with Greta Van Fleet over the next few months. To buy tickets, and for a full list of dates, visit theglorioussons.com.

The album’s first single, “Everything Is Alright”, earned the #1 Most Added track on both Alternative Radio and Rock Big Picture Radio as well as the #1 Most Added track at Canadian Active Rock Radio for three consecutive weeks since its release on July 21. The single has also earned placement in several top Apple Music and Spotify playlists including “Best of the Week”, “New Music Now”, “Viral Hits Canada”, “New Noise”, “The A-List: Rock”, and many more.

“Everything Is Alright” marks the first glimpse into the band’s evolved sound: powerful, autobiographical lyrics woven into a soundscape that seamlessly blends rock and alternative elements into undeniable anthems. Speaking about the lyrics of the first single, lead singer Brett Emmons says, “‘Everything Is Alright’ is about feeling isolated, hungover, and trying to be okay with yourself and your mistakes. People tell themselves that everything is going to be alright all the time but I don’t know if that’s necessarily true.”

With over 100,000 singles sold in Canada and over 5.8 million streams, The Glorious Sons are poised for an explosive year as their dedicated fans discover the dynamic songwriting and uniquely crafted sound of Young Beauties and Fools.

SPILL NEWS strives to keep our readers up to date with news and events in the music industry. We keep you informed of the most recent information regarding new releases, tour dates, and information items about your favourite artists.
RELATED ARTICLES
everything is alrightnewsthe glorious sons
8.0