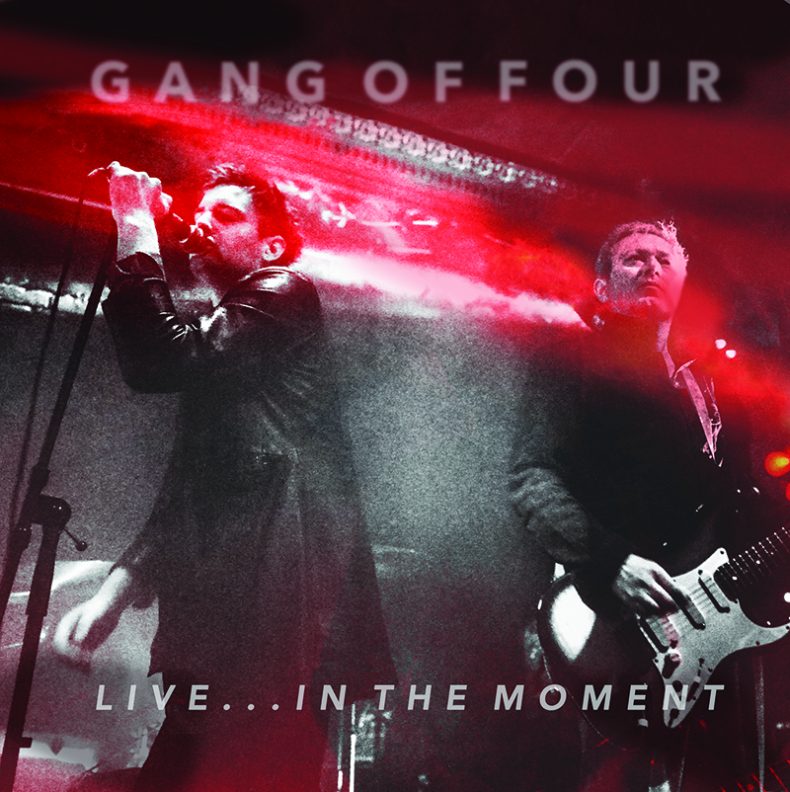 GANG OF FOUR ANNOUNCE LIVE ALBUM AND FALL US TOUR

When GANG OF FOUR returned to the spotlight last year with the release of their critically-acclaimed album What Happens Next in 2015 on Metropolis Records, their longtime fans returned en masse to their new music and their live shows. While Gang of Four in the studio is pure mastery, Gang of Four live is whole other experience. Edgy and unpredictable, the legendary godfathers of postpunk always threaten to dissolve into chaos while never losing the tightness and angularity that is the hallmark of their sound. On September 9, 2016, Metropolis Records will release Live… In the Moment, recorded live from their sold-out show at London’s Islington Assembly Hall (a companion live DVD features their sold-out concert at NYC’s famed Irving Plaza).

Featuring Andy Gill’s blazing guitarwork with John “Gaoler” Sterry on vocals, Thomas McNiece on bass, and Jonny Finnigan on drums, Live… In The Moment is a perfect snapshot of what makes Gang of Four’s live performances so exciting. With a setlist that spans their 30-year career from Entertainment’s “Damaged Goods” right on up to “Where The Nightingale Sings” from their latest album What Happens Next, it’s an awesome aural experience to behold (full tracklisting below).

With the release of this live record comes the announcement of the second leg of their North American tour with The Faint. Kicking off in Minneapolis on Sept. 29 at First Avenue and circling the US, this tour gives fans another opportunity to experience the transcendent moments in person that are captured on the upcoming live album (tour dates below).

Live… In The Moment will be released on September 9, 2016 via Metropolis Records.

Live… In The Moment Track Listing

SPILL NEWS strives to keep our readers up to date with news and events in the music industry. We keep you informed of the most recent information regarding new releases, tour dates, and information items about your favourite artists.
RELATED ARTICLES
gang of fourislington assembly halllive... in the moment
8.0

by Aaron Badgley on June 4, 2021
Various Artists The Problem of Leisure: A Celebration Of Andy Gill And Gang Of Four Universal Music The Gang Of Four were not only [...]