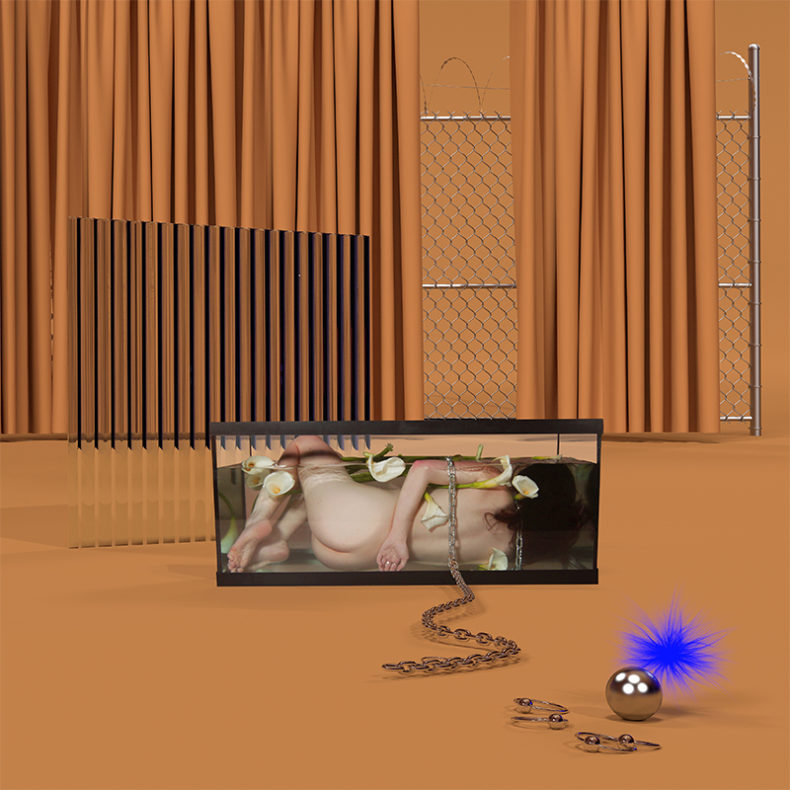 “‘Talking Pictures’ was a turning point in the development of Basic Behaviour. There was a starkness to it that really resonated with us at the time, becoming a catalyst for a new style of songwriting that would eventually finish the record,” recalls vocalist Bria Salmena. “Lyrically, it is about the need to be stimulated. It was written during a period where I felt a lack of both external and internal encouragement, preventing me from thinking freely or creatively. Falling into a void of routine, I was distracting myself from real life experiences, and those experiences, once examined, seemed only filtered through interactions with technology and social media. In writing this song, I attempted to explore this void and my distracted state in hopes of losing any numbness I felt in my day-to-day life.”

Basic Behaviour, FRIGS’ debut, self-produced full-length, was written and recorded over a 16-month period, split between two locations: the band’s home studio and Union Sound Company in the east end of Toronto. As much as the lyrical subject matter within the record reflects personal experiences of frontwoman Bria Salmena, the album is a product of years of self discovery as a unit. Recording at home allowed the band to take the time to explore their sound, experimenting with sonic textures and production, and meticulously re-working their material. These sessions proved to be invaluable in creating a sound unique to FRIGS. However, a degree of positive urgency was deemed necessary in order to finalize the process. Working with engineer Ian Gomes, FRIGS embraced the limitations of third-party studio time and completed the record with a sense of immediacy. The resulting contrast between these two approaches in recording creates an end product that is at once stark, chaotic, reflective, and manic, ultimately forming the core of Basic Behaviour’s identity.

FRIGS is made up of Bria, Duncan, Lucas, and Kris. The band pairs the raw, emotional grunge of PJ Harvey with the immersive, psychedelic post-punk of early Sonic Youth. With each member bringing a unique set of influences, FRIGS create a sound that is hard to pin down and an impression that’s unshakable. Led by the force of Bria’s vocals, the band has earned a reputation for putting on a hypnotic and visceral live performance. Embracing the mercurial and experimental, their shows are built upon instinct; a vocal growl can unexpectedly give way to a hushed whisper; languid drones boil over into guttural and searing tones.

Starting in March, FRIGS hit the road for an expansive North American tour, which includes dates in Montreal, Vancouver, Calgary, Edmonton, Winnipeg, Saskatoon, Toronto, SXSW, and more. All dates below.

SPILL NEWS strives to keep our readers up to date with news and events in the music industry. We keep you informed of the most recent information regarding new releases, tour dates, and information items about your favourite artists.
RELATED ARTICLES
arts & craftsbasic behaviourfrigs
8.0