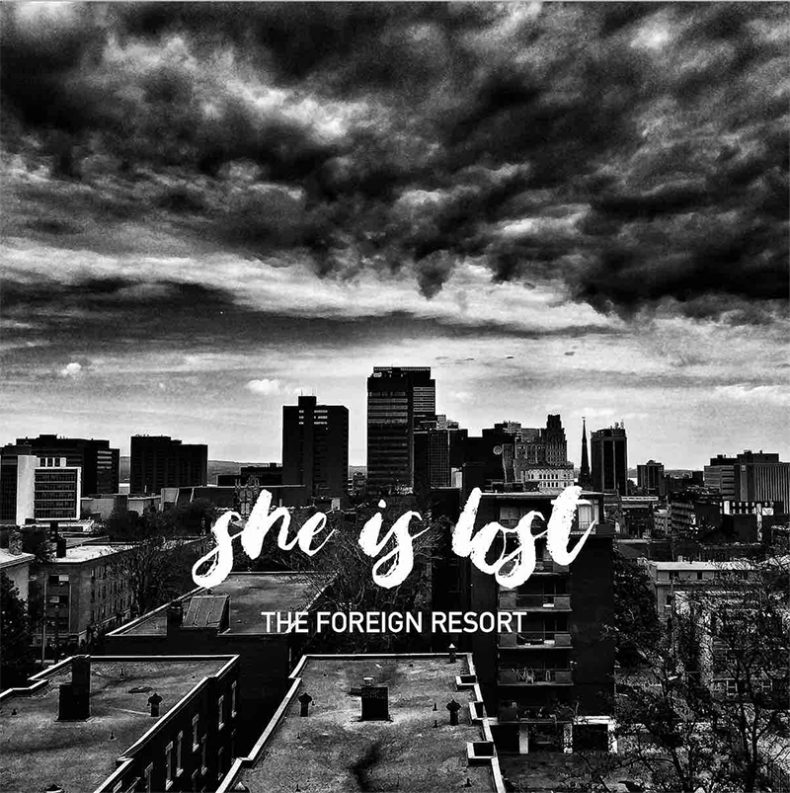 Danish post-punk trio The Foreign Resort release their new single ‘She is Lost’ on April 19. This is the first song from the band’s next full length album, marking a return to the analogue sound of their New Frontiers album, only this time the sound is more minimalistic and with plenty of electronics and spacious drums to create a dreamy yet upbeat soundscape full of contrast. The release is timed with a 10-day Canadian tour and a performance in Toronto at the prestigious Canadian Music Week.

For lead singer Mikkel B. Jakobsen ‘She is Lost’ is a very personal song about what he sarcastically refers to as “the summer of love”: “It was one of the worst summers in my life. I came out strong on the other side, but this song was written partly when things were looking very bad and I was not doing the right things to get to a better place and partly when I had realized it was not just me who was the problem. Hence the title ‘She is Lost’.”

The band has also contributed the track ‘Skyline/Decay’ to ‘Alternative F?acts: A Shoegaze Resistance Compilation’. Curated by DKFM Shoegaze Radio, this involves shoegaze and dream pop artists in opposition to tyranny, and in support of civil liberties and women’s health. All proceeds from this compilation shall be split evenly between American Civil Liberties Union and Planned Parenthood. 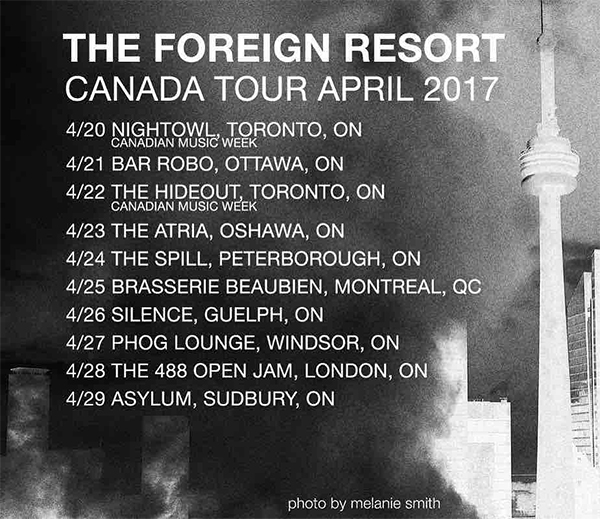 Having toured with The Raveonettes, A Place to Bury Strangers and Swervedriver, The Foreign Resort has also shared bills with bands like DIIV, The Soft Moon, The KVB, Slowdive, Minor Victories and, most recently, Cold Cave. They’ve also toured the USA relentlessly, addicted to the allure of America’s lost highways. Since 2010, the band has been rigorous in playing more than 400 shows across North America and Europe with performances at several festivals incl. SXSW, Iceland Airwaves, Wave Gotik Treffen in Germany and now also Canadian Music Week 2017.

The band’s latest release ‘The American Dream’ was dubbed “post punk par excellence” by Deep Ground, with Slug Magazine saying this is “an EP that possesses a singular fault: It is not long enough”. The Foreign Resort’s 2014 album New Frontiers ranked among the year’s top albums at radio stations like WZBC Boston and KDHX St. Louis as well as numerous European and American blogs. With several music videos to their credit, there is no video for the new single ‘She is Lost’ yet, motivating the band to crowdsource their new video.

SPILL NEWS strives to keep our readers up to date with news and events in the music industry. We keep you informed of the most recent information regarding new releases, tour dates, and information items about your favourite artists.
RELATED ARTICLES
canadian music weekcmwmoon sounds records