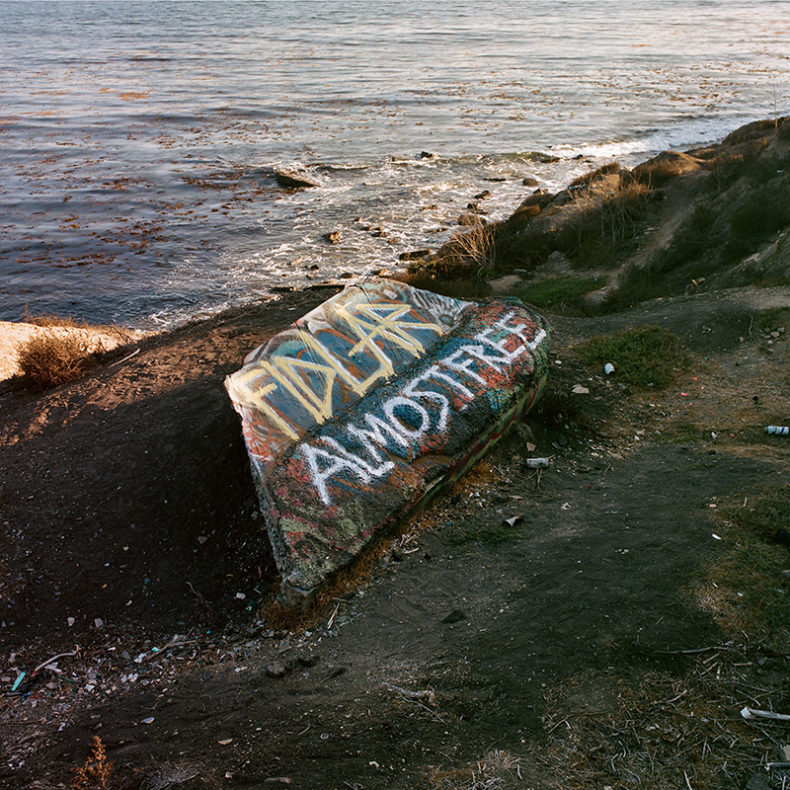 FIDLAR announced that their highly anticipated new album, Almost Free, will be released on January 25, 2019. Album pre-orders are now available HERE in an exclusive vinyl color and also in a bundle with an exclusive album themed shirt. All orders include a bonus 7” flexi disc of “Can’t You See” backed with the non-album track, “Are You High?” which the band released on YouTube and Soundcloud earlier this year.

The band also released a new single, “Can’t You See,” which was premiered globally with a First Play on BBC Radio 1 by Annie Mac and followed by a US premiere on KROQ in the band’s hometown of Los Angeles. Elvis Kuehn (guitar/vocals) says that the song “is about believing you need external things to be fulfilled, when really that comes from within yourself.  Play it loud while driving around Los Angeles and it’ll make sense.”

Jack Saunders, BBC Radio 1 commented, “FIDLAR took three years to kind of work out their next move, and sometimes you just need a moment to realise that actually you don’t need to over-complicate things. Write what’s in front of you, write about what’s around you. ‘Too Real,’ the first new track that they dropped recently, did that and touched on what it’s like to be a young person in 2018. They are carrying on those themes in this brand new song. All about thinking that you always need something to complete your happiness. You don’t, that’s called the Instagram life, that’s not real life. You don’t need it, and FIDLAR are preaching in this new one.”

Almost Free touches on many of the tragedies and irritations of modern life: existential dread, gentrification, the inescapable sway of the super-rich and the self-involved, post-breakup telecommunication, performative wokeness, the loneliness of sobriety or the lack thereof. But through sheer force of imagination and an unchecked joie de vivre, the L.A.-based band manages to turn feeling wrong into something glorious and essential. In the age of joyless self-care, Almost Free makes a brilliant case for being less careful, for living without fear of fucking up, and possibly embracing any incurred damage as a lucky symptom of being alive.

The album sees the band pushing boundaries into new territory and influences while staying true to their unshakable core. “A lot of the vibe was, ‘Well, why can’t we do that? Why can’t we have horns? Why can’t we have key changes? Why can’t we have a harmonica loop?’,” said lead singer/guitarist Zac Carper. “It was about taking the ceiling off. Having it be limitless. Ain’t no rules.” Elvis added “Almost Free feels like a step forward for us in a lot of ways. We tried to be true to ourselves and let the music come out naturally, without fear of how people would receive it.”

FIDLAR is currently headlining a North American tour with special guests Dilly Dally and The Side Eyes. Much in-line with FIDLAR’s “girls only mosh pit” during their set — an homage to the riot grrrl ‘girls to the front’ approach — it was important to the band to create an environment of equality, respect and community at their shows, so they are thrilled to bring some of their favorite female-identified led acts on tour. A complete list of upcoming live dates and ticket information can be found HERE.

*without The Side Eyes

SPILL NEWS strives to keep our readers up to date with news and events in the music industry. We keep you informed of the most recent information regarding new releases, tour dates, and information items about your favourite artists.
RELATED ARTICLES
can't you seedilly dallyfidlar
8.0