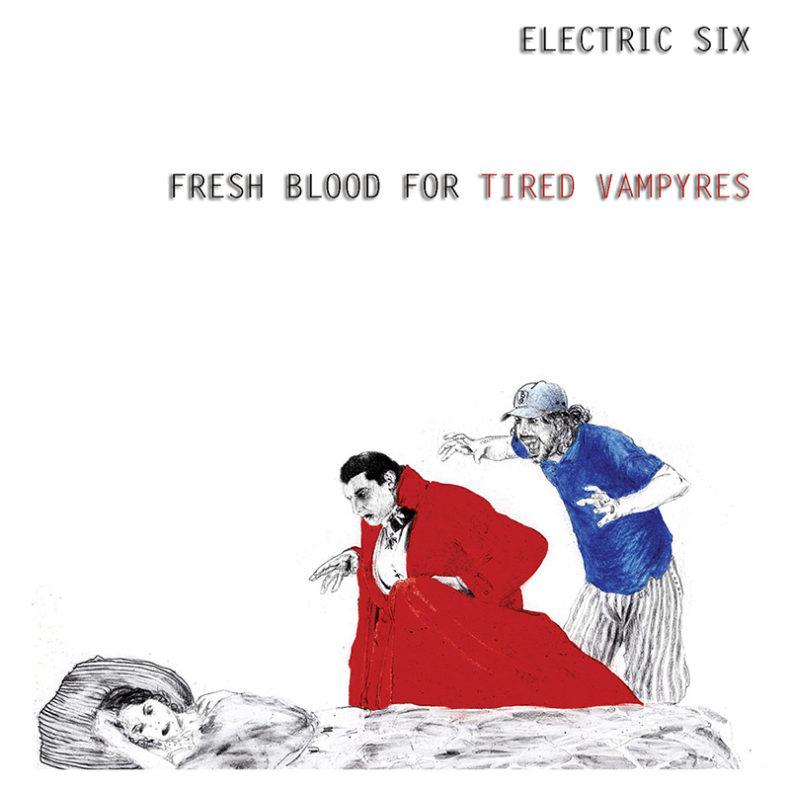 Detroit dance rockers ELECTRIC SIX are getting ready to hit the road in support of their latest album Fresh Blood for Tired Vampyres, which was released last Fall via Metropolis Records. Consistently releasing mind-bending albums annually since 2005, they’ve spiced things up with a heavier dose of atmosphere and textures on their twelfth studio album which All Music Guide heralds, “Electric Six can still make albums that show they have life left in them, and as someone once said, partying well is the best revenge.” And party is what Electric Six does best with their raucous and often highly entertaining live shows.

Kicking off in Palatine, IL in mid-March and traveling out to the West Coast, Electric Six will be playing tracks from their new album Fresh Blood for Tired Vampyres as well as their tried and true best, including “Danger! High Voltage”, “Gay Bar”, “Down at McDonnelzzz” among may others. Their critically acclaimed debut album FIRE peaked at #5 on the U.S. Dance chart and would later reach gold certification in the UK. Since then, the band has gone on to release twelve albums including Fresh Blood for Tired Vampyres, a live album/DVD that was funded via Kickstarter and continues to tour both nationally and globally.

SPILL NEWS strives to keep our readers up to date with news and events in the music industry. We keep you informed of the most recent information regarding new releases, tour dates, and information items about your favourite artists.
RELATED ARTICLES
electric sixmetropolis recordsnews
8.0