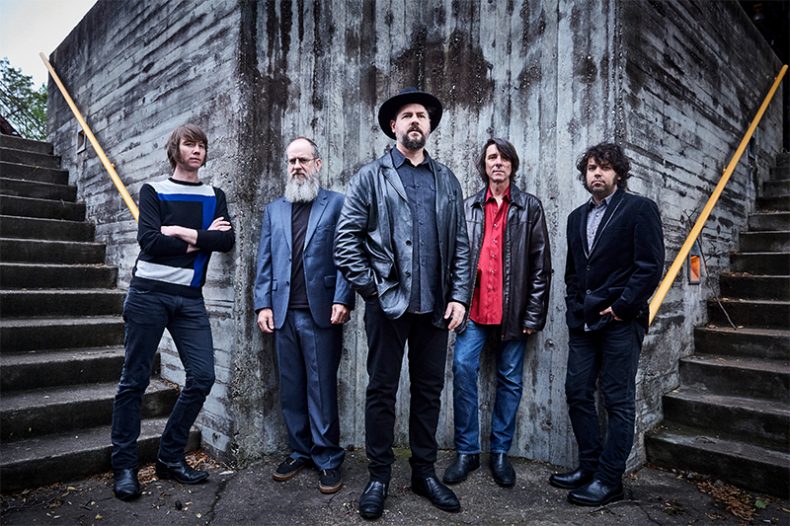 We are beyond thrilled to announce the release date of our new album American Band. We are launching the Preorder and our friends at NPR are posting a first taste so you can get a little sample of what we’ve been up to.

“Surrender Under Protest” is a Mike Cooley composition that is unlike any DBT song we’ve ever recorded, yet somehow sounds unmistakably like us. In a way, that’s pretty indicative of the album as a whole.

These are crazy times and we have made a record steeped in this moment of history that we’re all trying to live through. We’ve always considered ourselves a political band, even when that aspect seemed to be concealed by some type of narrative device i.e. Dealing with issues of race by telling a story set in the time of George Wallace or class struggles by setting “Putting People of the Moon” in the age of Reagan.

This time out, there are no such diversions as these songs are mostly set front and center in the current political arena with songs dealing with our racial and cultural divisions, gun violence, mass shootings and political assholery. Once again, there is a nearly even split between the songs of Cooley and myself, with both of us bringing in songs that seem to almost imply a conversation between us about our current place in time.

American Band is a sort of rock and roll call to arms as well as a musical reset button for our band and the country we live in. Most of all, we look at it as the beginnings of some conversations that we, as a people very much need to begin having if we ever hope to break through the divisions that are threatening to tear us apart.

Drive-By Truckers are celebrating our twentieth anniversary as a band in an election year where some people are trying to define what it is to be American. Definitions based on some outdated ideology of prejudice and fear. We are loudly proclaiming that those people don’t speak for us. America is and always has been a land of immigrants and ideals. Ideals that we have often fallen short of achieving, but it’s the striving that has given us whatever claims to greatness we have had. That’s what America means to us and “We’re an American Band’.

And don’t miss the Darkened Flags 2016 Tour, beginning in August.

See you at The Rock Show,

Hailed as “perhaps the greatest extant American rock and roll band,” Drive-By Truckers will celebrate their 20 years together and the release of American Band with an epic fall headline tour, beginning September 23rd at Kansas City, MO’s Crossroads with a co-headline show alongside Son Volt and then continuing into mid-October (see itinerary below). Support on all other dates comes from Lydia Loveless. Tour highlights include two-night-stands at Portland, OR’s Wonder Ballroom (September 30th and October 1st), San Francisco, CA’s The Fillmore (October 6th and 7th), and Los Angeles, CA’s Teragram Ballroom (October 11th and 12th). Additional dates will be announced soon – for updates, please visit the official Drive-By Truckers tour page.

Recorded late last year at Nashville’s historic Sound Emporium with longtime producer/engineer David Barbe behind the board, American Band‘s considerable force can in part be credited to the sheer musical strength of the current Drive-By Truckers line-up, with Hood and Cooley joined by bassist Matt Patton, keyboardist/multi-instrumentalist Jay Gonzalez, and drummer Brad Morgan – together, the longest-lasting iteration in the band’s two-decade history. American Band follows English Oceans and 2015’s It’s Great To Be Alive!, marking the first time DBT have made three consecutive LPs with the same hard-traveling crew.

SPILL NEWS strives to keep our readers up to date with news and events in the music industry. We keep you informed of the most recent information regarding new releases, tour dates, and information items about your favourite artists.
RELATED ARTICLES
american bandato recordsdrive-by truckers