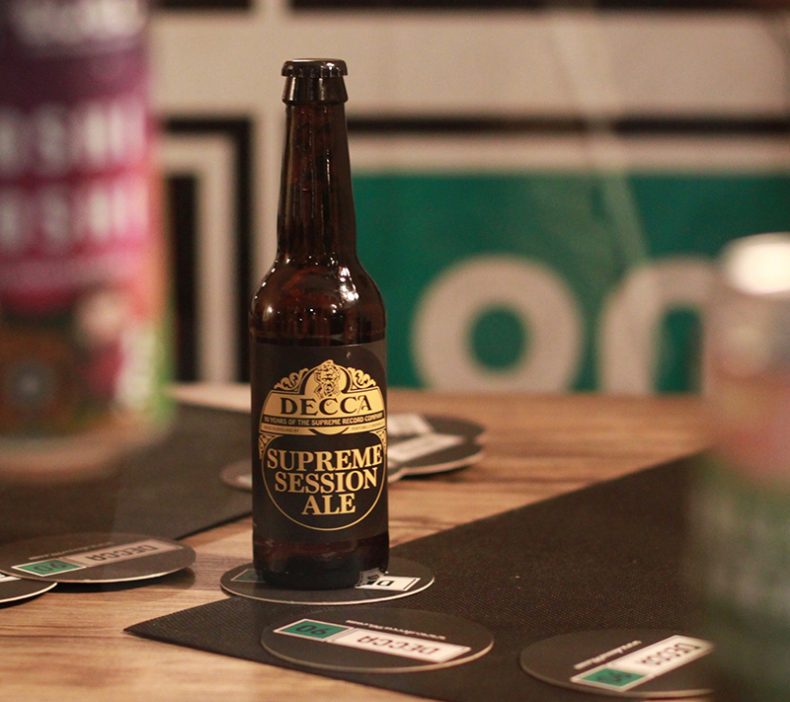 Like Decca, which has worked with a staggering array of legendary and world-class artists and released countless landmark records – the Session Ale offers an equally well-rounded and meticulously crafted finish.

Decca 90 curator Daryl Easlea commented, “To mark the final phase of Decca’s 90th anniversary, we are absolutely delighted to celebrate with this fine session ale brewed by our friends at the Portobello Brewery.”

For more information, head to: http://portobellobrewing.com

There are also plenty more exciting events to come as part of Decca’s 90th anniversary plans:

This year sees one of the most iconic record labels in the world, Decca Records, turn 90 years old. Since its formation in 1929, Decca has burgeoned from a prosperous British company to a fully-fledged international powerhouse – quickly earning the title as ‘The Supreme Record Company’ – a statement that resonates stronger than ever today.

Decca has been the home to countless legendary musicians from Luciano Pavarotti to David Bowie, Dame Vera Lynn to Bing Crosby, Tom Jones to Billie Holiday, and is now providing the platform for a new generation of ambitious artists at the forefront of their scenes – names such as Andrea Bocelli, Sheku Kanneh-Mason and Gregory Porter, who continue to represent the label’s cultural legacy.

Throughout 2019, Decca has been celebrating its nine decades of excellence, marking the occasion with: the release of The Supreme Record Company: The Story Of Decca Records 1929-2019 book, the critically-acclaimed Ron Howard-directed Pavarotti feature film, a packed out event at London’s prestigious V&A Museum, a unique series of concerts in London, Berlin and Paris, 90 reissues and releases, podcasts, radio shows and much more.