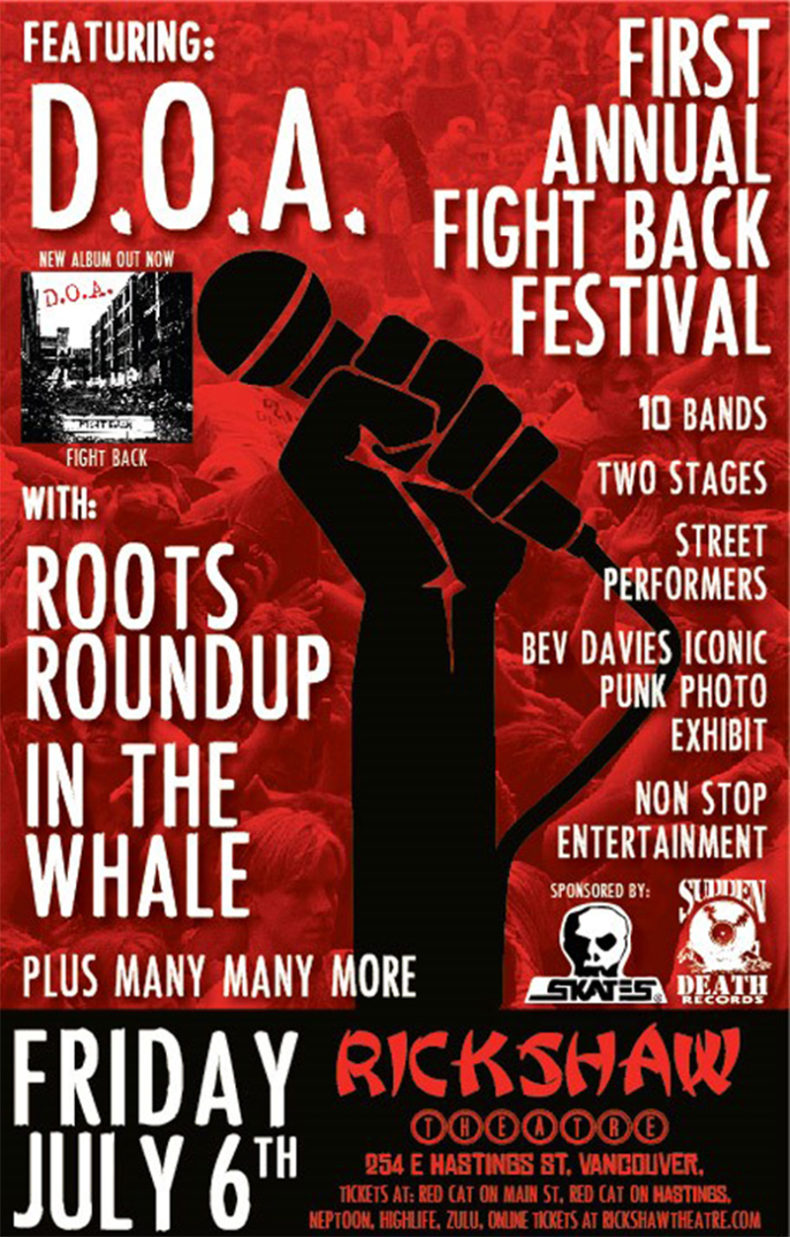 Sudden Death Records is proud to present the First Annual Fight Back Festival, Friday, July 6th at The Rickshaw Theater. Vancouver’s punk pioneers D.O.A. who are celebrating their 40th anniversary will headline the event. The festival will involve 2 different stages, 10 bands, and street performers. The Fight Back fest will be a nonstop event that covers everything from acoustic to hardcore punk.

This no holds barred show is the first of what will become an annual summertime event. “I came up with this concept because that’s what I believe we need to do at this point in time,” says D.O.A. founder Joe Keithley. “We need to fight back against racism, sexism, hatred, and greed. We need to promote grassroots democracy, where everyone has a say. If enough of us pull together we will make this a better place.”

For the show, Keithley is assembling a line-up of old and new friends: Vancouver legends Roots Roundup, which has been revving up audiences for over 30 years, will perform their wildly energetic combo of ska and punk. There’s also In The Whale, a clever and scalding two piece that hails from Colorado.

A cool part of this evenings experience will be a giant display of photos by Bev Davies. Bev is the iconic photographer who captured al the magic of the early Vancouver punk/new wave scene, as well stacks of influential bands like the Ramones and The Clash.

D.O.A. will also be playing some new songs from their brand new album Fight Back. Sudden Death Records is all set to release this new fab slab of vinyl (CD as well) on May Day, which is perfect timing as the album’s central theme is the inequality in our world. Early reviews are calling the album, D.O.A.’s most vital since 1982’s War on 45. Go to suddendeath.com for more info

As we get closer to July 6th more performers will be added till the inaugural Fight Back Festival reaches the perfect boiling point.