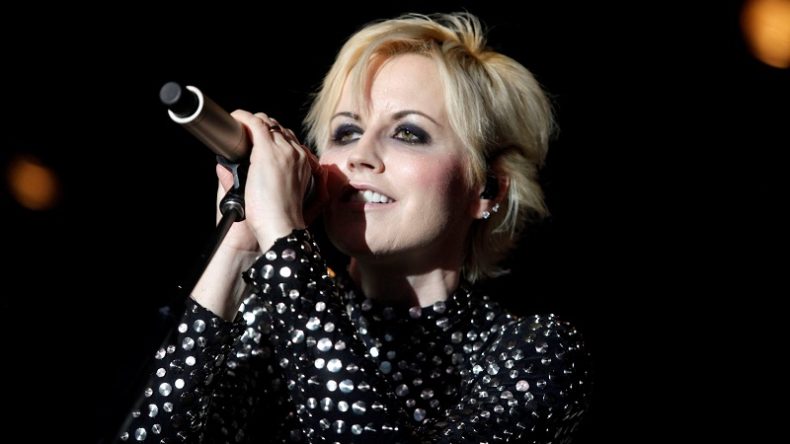 CAUSE OF DEATH IS “UNEXPLAINED”

Dolores O’Riordan, lead singer of multi-platinum band The Cranberries, has died suddenly at the age of 46 this morning in London. Her body was discovered by Police in Westminster in her room at Park Lane Hotel. O’Riordan was in town for a short recording session on a new album. The cause of death is being treated as “unexplained”.

O’Riordan was born in Limerick in 1971. She joined The Cranberries in 1990, when they were still known as Cranberries Saw Us. The band split in 2003 and reformed in 2009, and have sold over 40 million records world-wide. They released an acoustic album last year, Something Else, but had to cancel their promotional European and North American tours due to O’Riordan’s back problems and poor health. She also suffered from depression and bipolar disorder.

The band’s first single, “Linger”, from the album Everybody Else is Doing It, So Why Can’t We?, reached the Top 10 in the US and Ireland, and No 14 in the UK. It was described by O’Riordan in the Guardian last year as being inspired by “being dumped, publicly, at the disco. Everything’s so dramatic when you’re 17, so I poured it into the song.”

The single “Zombie” came from their next album, 1994’s No Need to Argue. It,  was written in the wake of a 1993 IRA bombing in Warrington that killed three-year-old Jonathan Ball and 12-year-old Tim Parry.

Irish President Michael Higgins said in a statement, “It is with great sadness that I have learned of the death of Dolores O’Riordan, musician, singer, and songwriter. Dolores O’Riordan and The Cranberries had an immense influence on rock and pop music in Ireland and internationally. I recall with fondness the late Limerick TD Jim Kemmy’s introduction of her and The Cranberries to me, and the pride he and so many others took in their successes. To all those who follow and support Irish music, Irish musicians, and the performing arts, her death will be a big loss.”

SPILL NEWS strives to keep our readers up to date with news and events in the music industry. We keep you informed of the most recent information regarding new releases, tour dates, and information items about your favourite artists.
RELATED ARTICLES
deathdolores o'riordannews