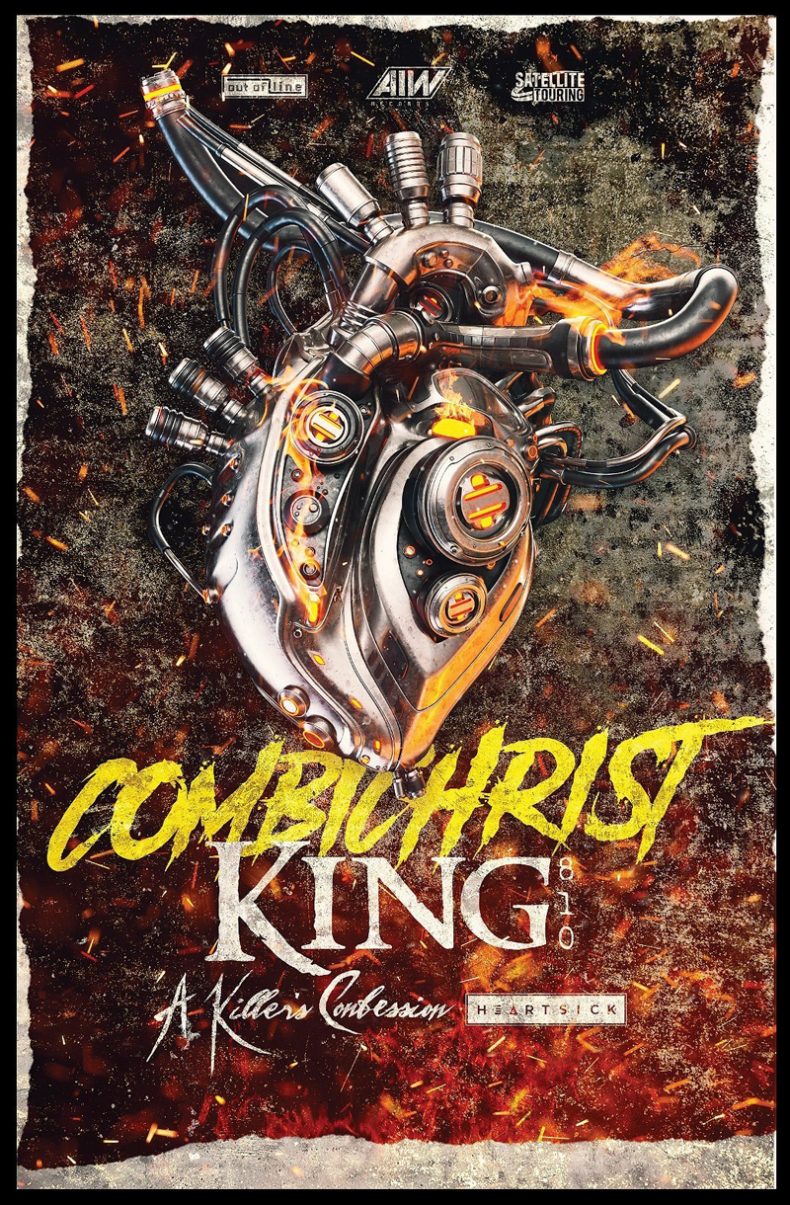 Combichrist has announced U.S. tour dates that begin on April 3rd in Winter Park, FL at Soundbar and conclude on April 26th in Atlanta, GA at The Masquerade. (dates below)

The years that followed brought on 6 more full-length albums —What the Fuck Is Wrong with You People? (2007), Today We Are All Demons (2009), Making Monsters (2010), No Redemption (Official DmC: Devil May Cry Soundtrack)(2013), We Love You (2014), This Is Where Death Begins (2016) -as well as a handful of additional EPs. On top of Combichrist’s many releases, LaPlegua has also logged countless miles, globetrotting on tours of Europe, South America, Australia, the United States, and four full months in Europe and North America touring with Rammstein (in front of hundreds of thousands of people).Combichrist is ready to dominate 2020 with massive touring in support of the new album One Fire, released in June of 2019.

SPILL NEWS strives to keep our readers up to date with news and events in the music industry. We keep you informed of the most recent information regarding new releases, tour dates, and information items about your favourite artists.
RELATED ARTICLES
andy lapleguacombichristnews
6.0

by SPILL NEWS on May 9, 2016
COMBICHRIST LAUNCHES ‘THIS IS WHERE DEATH BEGINS’ TEASER VIDEO ALBUM DUE OUT ON JUNE 3rd VIA OUT OF LINE MUSIC Norwegian-American electronic hard rock/heavy metal [...]