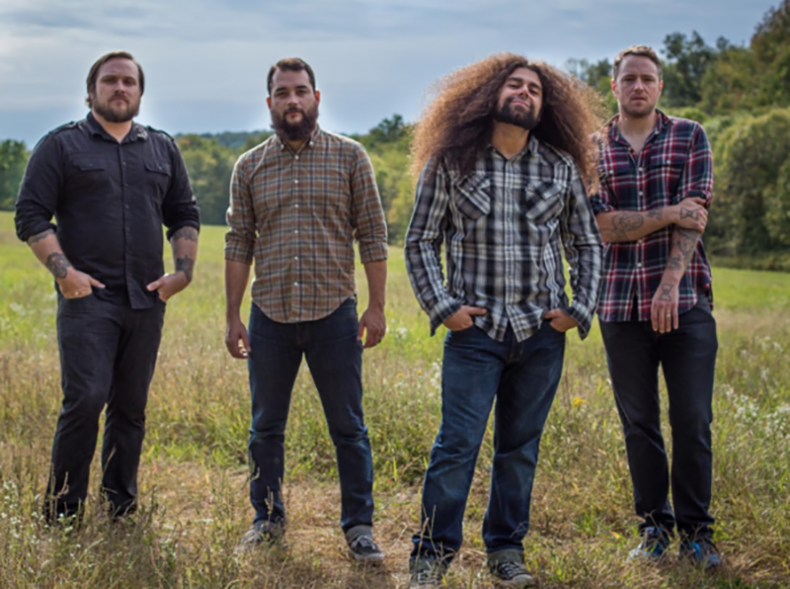 Fresh off a huge headlining tour which saw them play venues like Madison Square Garden in support of their new record, Coheed and Cambria are pleased to announce today upcoming tour dates with Saves The Day and Polyphia.

Kicking off in Seattle this September, the tour takes the band through U.S. markets including Austin and New Orleans, with a couple of stops in Canada and closing out at Starland Ballroom in New Jersey. The band will also be touring through the UK this August, appearing at Leeds and Reading Festival, with additional dates with La Dispute and mewithoutYou.

Coheed and Cambria’s ten song album, The Color Before The Sun was released in October 2016 via 300 Entertainment, and marks a bold departure for the NY-based band. It was their first non-conceptual album, pausing the beloved Amory Wars, a seven-album science fiction saga that also bore a comic book empire, in favor of a more personal outing. “It’s very much a time capsule of my last two years,” Claudio Sanchez said in a Mic.com interview. “I created The Amory Wars in 1998 because at the time, I didn’t understand what a frontman or a singer entailed. And I was sort of afraid to share my stories, and I didn’t want my stories to be judged. So I created fictitious ones to essentially hide behind.”

Rolling Stone declared The Color Before The Sun “a dramatic departure,” Noisey said the new album proves “there are no boundaries for a Coheed and Cambria album” and Alternative Press, in a four-star review, added “the album pops and pulsates with signature Coheed wails and riffs.” The Nerdist, who premiered the band’s ode to the ‘80s video for “You Got Spirit, Kid”, said the new music “features much of what has made Coheed and Cambria a force for the last two decades.”

The Color Before The Sun was Coheed and Cambria’s 6th consecutive Top 10 Billboard charting album, and their third to debut at #5 on the Billboard top current chart with 32,000 units sold. The record is available now via 300 Entertainment and can be purchased on  iTunes, Amazon and GooglePlay.  A limited edition, deluxe box set featuring two hardcover books, four different pieces of music housed in a die-cut slipcase and a bevy of exclusive content is available via www.coheedandcambria.com.

SPILL NEWS strives to keep our readers up to date with news and events in the music industry. We keep you informed of the most recent information regarding new releases, tour dates, and information items about your favourite artists.
RELATED ARTICLES
300 entertainmentcoheed And cambrianews
6.0

by Jonathan Hazlewood on June 6, 2018
Fetty Wap Bruce Wayne 300 Entertainment New Jersey artist Fetty Wap has released his second project of 2018. Following the E.P release of, “For My Fans 3″ in January, Fetty Wap [...]
8.0