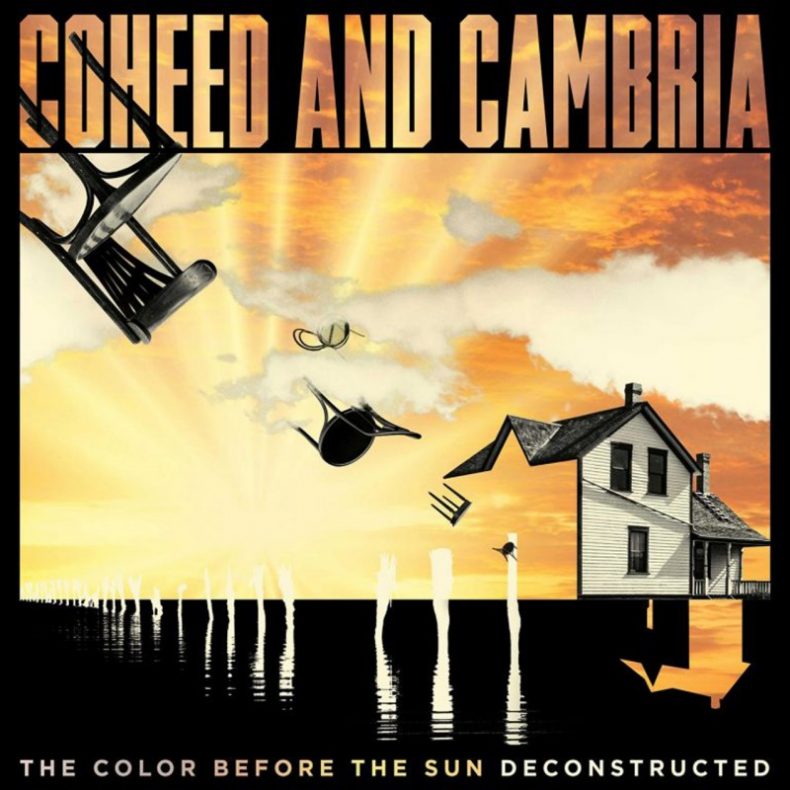 Coheed and Cambria are pleased to announce today a special “Deconstructed Deluxe” edition of their eighth studio album, The Color Before The Sun, due for digital release on August 19 via 300 Entertainment.
The 30 track presentation features the original album’s 10 songs, both in the studio, and in their early acoustic demo form, as well as two bonus demos that were never recorded in the studio. The demos, called, “Big Beige/4th St,” were named after band frontman, Claudio Sanchez’s home, “The Big Beige” in upstate NY as well as his old apartment in Brooklyn, “4th Street” – since he wrote and tracked them in each residence. These acoustic demo tracks had previously only been made available to core fans who purchased the band’s Limited Edition Deluxe Box set, which featured a 76 page physical book. Also included in “Deconstructed” are 7 live “bootleg” tracks pulled straight from the soundboard from various dates on their recent US headline tour, that expose a very raw look at the band.
Coheed and Cambria’s ten song album, The Color Before The Sun was released in October 2015 via 300 Entertainment, marking a bold departure for the NY-based band. It was their first non-conceptual album, pausing the beloved The Amory Wars, a seven-album science fiction saga that also bore a comic book empire, in favor of a more personal outing. “It’s very much a time capsule of the two years leading up to this recording,” Claudio Sanchez said. “I first created The Amory Wars in 1998 because at the time, I was afraid to share my personal stories. I didn’t want them or the subject matter to be judged, so I translated my personal experiences into these fictitious characters and landscapes so I could hide behind them. With The Color Before the Sun, I figured it was time to pull back the curtain.”

Coheed and Cambria will be on the road in The States this Fall, on a massive tour with Saves The Day and Polyphia. Kicking off in Seattle this September, the tour takes the band through U.S. markets including a sold out show in Sacramento, Chainfest in Santa Ana, CA (with Portugal the Man and Title Fight), a handful of stops in Canada and closing out with an already sold out show at Starland Ballroom in New Jersey.
The band will also be touring through the UK this August, appearing at Leeds and Reading Festival, with additional dates with La Dispute and mewithoutYou.

The Color Before The Sun (Deconstructed Deluxe) Track List

SPILL NEWS strives to keep our readers up to date with news and events in the music industry. We keep you informed of the most recent information regarding new releases, tour dates, and information items about your favourite artists.
RELATED ARTICLES
coheed And cambrianewspolyphia
7.0

by Gabrielle Mueller on October 5, 2018
Coheed And Cambria Vaxis – Act I: The Unheavenly Creatures Roadrunner Records With their ninth studio album, Coheed and Cambria has succeeded in taking [...]