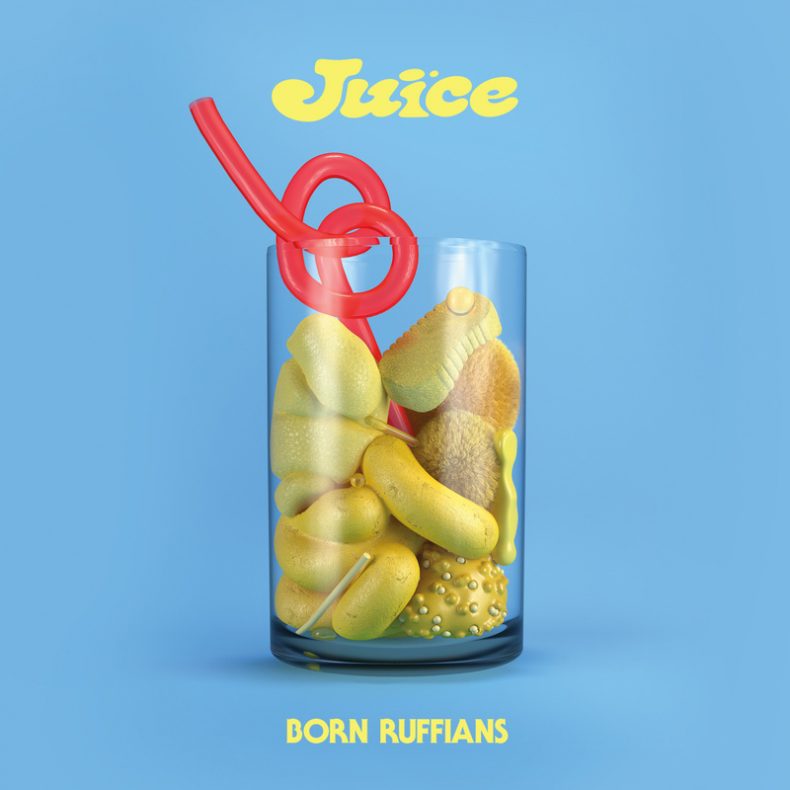 Fifty of Born Ruffians top fans received a personalized letter from the band this week telling them about their forthcoming album Juice out April 3rd and giving them the exclusive first listen to the album’s opening track, the breathless rock and roll sprint “I Fall in Love Every Night”. The lucky fans took to their socials this morning to share the letter’s contents.

Juice, due on April 3, accompanies the announcement of the creation of Midland-born, Toronto-based indie rock band Born Ruffians’ own label, Wavy Haze Records.  The label takes its name from the closing track on Juice, which exhumes the band’s early days in Toronto, dissecting their relationships with that time and the memories they hold.  Wavy Haze Records will release Juice in Canada and rest of world via Yep Roc Records.

Speaking on the first single “I Fall In Love Every Night”, Luke Lalonde explains, “When the darkness isn’t fully engrossing me, I feel very fortunate for the world we live in and the people I have in my life. It’s easy for me (and I think for a lot of people) to take things for granted. There’s a constant narrative I’ve noticed being pushed that the world is a big, mean, scary place. We’re constantly being drilled by bad news, perpetual fear. You can forget how beautiful the world is and you can forget to even notice the person right next to you… I’m feeling a renewed sense of love not only in my relationships but with the world in general. There is an overwhelming amount of love in the world, you just have to focus on it every once in a while.”

Born Ruffians are proof that a group of friends with a tireless work ethic and fierce, grassroots commitment to their labour’s integrity and vision can still go a long, long way. 15 years into their career, the trio isn’t slowing; instead, they’re doubling down on those designations with Juice, their 6th full-length record and now their own label.

A hyper, earnest, and affecting collection of rock and roll songs, written and polished over a three-year span then sewn together into a cohesive and uniquely enjoyable experience, Juice is a testament to where Born Ruffians have come from, and a bold, pulpy mission statement for the future. It’s Born Ruffians as they’ve always been: on their own terms, heads against the wind until their work is done.

SPILL NEWS strives to keep our readers up to date with news and events in the music industry. We keep you informed of the most recent information regarding new releases, tour dates, and information items about your favourite artists.
RELATED ARTICLES
born ruffiansi fall in love every nightjuice

by SPILL NEWS on November 16, 2017
BORN RUFFIANS ANNOUNCE NEW ALBUM ‘UNCLE DUKE AND THE CHIEF’ TO BE RELEASED ON FEBRUARY 16 NEW SINGLE [...]