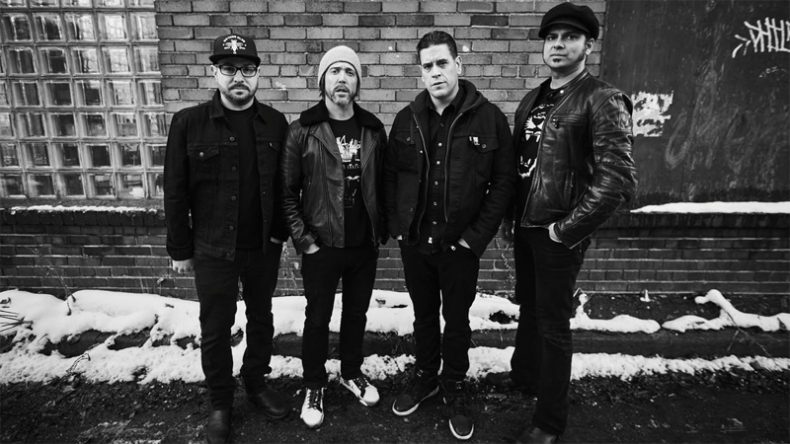 Billy Talent have released the second chapter of their episodic short film Forgiveness.

Based on the song “Forgiveness II,” which was released by the band last November, the new episode features gripping performances from UFC superstars Donald “Cowboy” Cerrone and Rose Namajunas.

“Forgiveness I+II,” described by Loudwire as a “musical journey,” was the first new music from Billy Talent since their 2016 album Afraid of Heights.  Fans can watch the latest episode from the short film below or HERE.

In addition to the new film, Billy Talent recently released “Reckless Paradise,” the first radio single from their forthcoming album. The new track is already flying up the charts, where it was the #1 streaming rock song in Canada last week. It is also already a Top 5 hit at Canadian rock radio, where the band has historically enjoyed great success. It joins their impressive string of 26 charted singles — including numerous #1, Top 5, and Top 10 hits, which have combined for nearly half-a-million spins in Canada alone.

Billy Talent are one of Canada’s most successful bands. They have sold nearly one million albums in Canada alone, and nearly three million albums internationally, including 1.3 million albums in Germany. They have won seven Juno Awards and have been nominated 23 times, including three nods for Afraid of Heights (Group of the Year, Rock Album of the Year, and Ian D’Sa for Producer of the Year). In 2019, lead singer Ben Kowalewicz was selected to host the Juno Awards Gala Dinner. Furthermore, their hometown of Mississauga recently inducted the band to Legends Row, one of the highest honours the city can bestow.

Billy Talent will continue to release new music and episodes from this narrative series throughout 2020.  To make sure you don’t miss the latest on the band, follow the band at the links below.

SPILL NEWS strives to keep our readers up to date with news and events in the music industry. We keep you informed of the most recent information regarding new releases, tour dates, and information items about your favourite artists.
RELATED ARTICLES
billy talentforgivenessnews