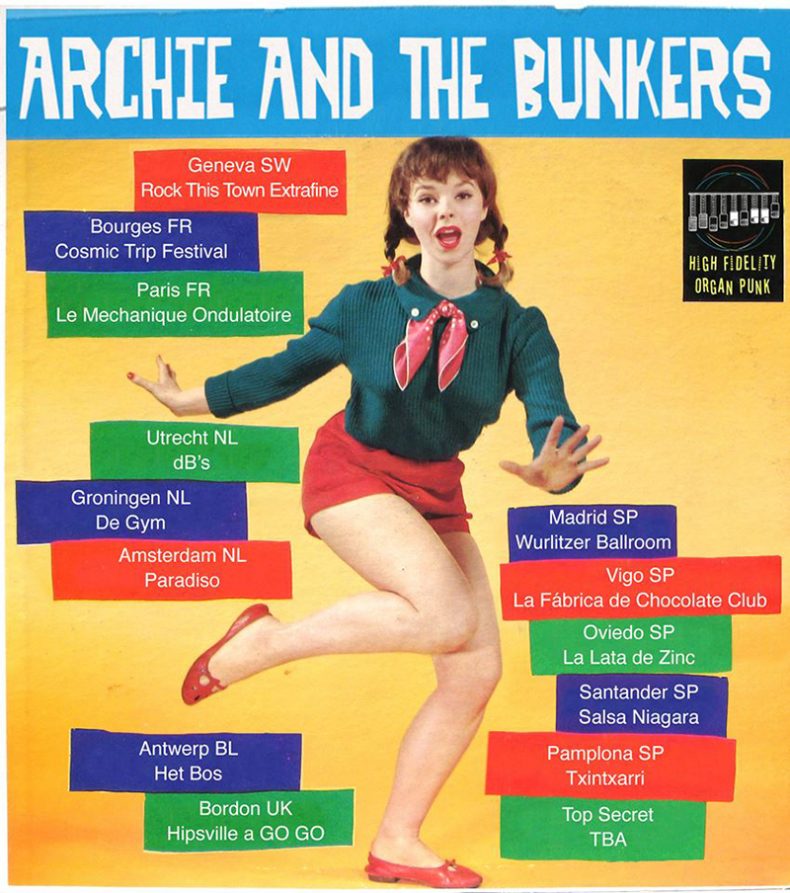 Archie and the Bunkers, which consists of teenage brothers Emmett and Cullen O’Connor on keys and vocals, formed in 2013. They are a musical anomaly in that the compositions they write are refreshingly new, but they draw their influences from classic musicians and movies of the past. 2015 has been a year that have seen the band propel from a mostly word of mouth local band to national and international acclaim.

The band have just finished Paris, Utrecht, and Groningen and will be playing the world famous Club Paradiso tonight in Amsterdam, and then on to Antwerp before the much anticipated Hipsville a go a go festival performance in Bordon, UK.

The second leg will kick off in Spain with five shows starting in Madrid at the Wurlitzer Ballroom which we think will be one (of many) of those ” I was there” performances for the Spanish and European audiences to always remember, followed by dates in Vigo, Oviedo, Santander, Pamplona, and San Sebastian.

After they return from the sun in Spain, we can now reveal, that they will cap their adventure in London, at a very, very special Dirty Water Club on Sunday,May 22nd at Nambucca, with spirited label mates The Cavemen ( NZ) and Brighton fellow sibling duo Sons . Advance tickets HERE.

Order Archie and the Bunkers HERE.

Archie And The Bunkers Tour Dates

SPILL NEWS strives to keep our readers up to date with news and events in the music industry. We keep you informed of the most recent information regarding new releases, tour dates, and information items about your favourite artists.
RELATED ARTICLES
2016 european tourarchie and the bunkersdirty fences