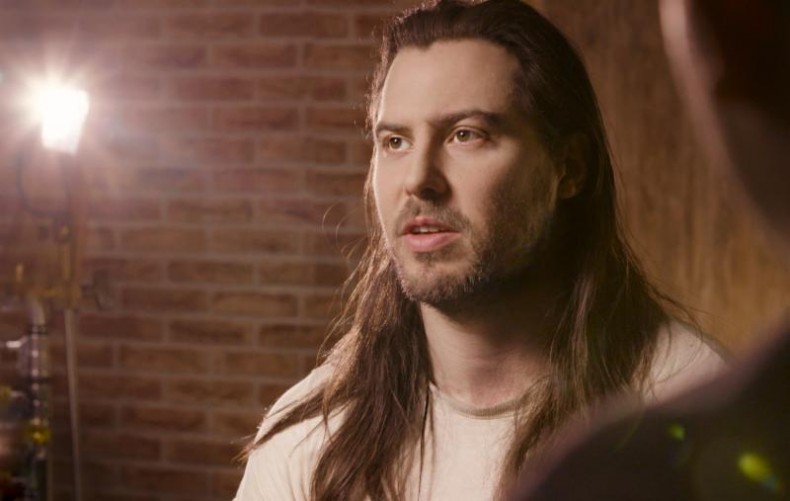 ANDREW W.K. RESPONDS TO ENTHUSIASM & QUESTIONS REGARDING THE PARTY PARTY

Last week, Andrew W.K. announced the formation of The Party Party, a new political party looking to remove the disillusioning aspects of politics and just have the party (See the announcement video HERE. The response has been overwhelming, as the story was picked up by everyone from NPR, Pitchfork and Breitbart to Consequence of Sound, Billboard, PAPER and countless others. Along with all the excitement came many questions and Andrew decided to clarify several key points. Today, Andrew released a self-made video via Playboy — his silent production partner in the launch of The Party Party, as it turns out. More about that and other revelations can be found in the video and in Andrew’s statement below.

“First and foremost, The Party Party is absolutely real. For a long time now, I’ve pondered the possibility of somehow getting involved in governmental politics, but I wanted to find a way to participate without compromising my celebratory philosophy, or getting sucked into a whirlpool of traditional political career ambitions. I wanted to stay true to my vision of unifying joy, and still contribute something of value to the often distressing political landscape. Could we participate in politics and at the same time transcend it? Could we address the fundamental aspects of our shared national experience without engaging in endless dissonance and conflict? Could we work towards the liberation of the human spirit without succumbing to the temptations of an “us versus them” mentality? In other words, could we make a political party that put partying first and politics last? I thought it was time to try.

So much has happened so fast – it’s only been a few days since we officially announced The Party Party’s existence, and the response has been incredible. I’ve been amazed and very moved by the positive reaction and the tremendous outpouring of support for this new Party Party effort. It actually exceeded all my expectations in just the first few hours after I announced it. I had certainly hoped people would relate to what I was feeling and desiring with The Party Party mission, but still, I completely underestimated how deeply this would resonate with some folks. I want to thank each and every one of the thousands of people who have joined me in this odyssey, and who stand with me in our shared mission to bring this country together through the simple power of partying and joy.

Some people have asked if there is a larger political group or other government entity operating behind this project. The answer is no. While I do admit that I initially approached some people in the political sphere, they all declined my offers to get involved and said that The Party Party was an inappropriate project for them – one individual went so far as to say that this sort of effort was dangerous and a counterproductive distraction to their real work in government and the surrounding industry. We agreed to disagree and I didn’t attempt to involve any formal political organizations further. To be honest, I just don’t think they liked partying very much.

Still, I didn’t want to go into this alone and I had the humility to realize that, despite possessing the vision and the passion for this non-political political party, I didn’t necessarily have the experience or resources to get this started in a vacuum, especially when dealing with the considerable amounts of bureaucratic paperwork, legal requirements, and producing all the various outreach elements it would take to bring this into being. I understood that it would be necessary to work with someone not directly connected to the world of politics, but who still fully embraced the message of unity and optimism that The Party Party represents. Most of all, I had to make sure The Party Party got out to Americans in a direct and unfiltered way. I called up two of my friends who work at Playboy Magazine. It seemed like a long shot, and maybe a strange pairing, but Playboy’s long history as a leading counter-cultural media voice seemed promising – and I believed they had that particular type of energized enthusiasm which would allow them to understand and appreciate The Party Party concept. I had a few calls with them and their media department, and within a matter of days, I was in their offices, working with them on unleashing The Party Party into the world.

I really want to give Playboy a lot of praise here, because not only did they give me unlimited resources to produce every aspect of this project perfectly, but they also didn’t make me compromise any of its principals, or ask for anything in return. They didn’t even ask to have their logo printed anywhere. They simply believed in the spirit of The Party Party and wanted to help in any way they could. I was deeply humbled by their generosity and they’re belief in me and the positive party mindset. Despite my confidence in The Party Party, the early days of working on the project by myself were daunting, overwhelming, and frequently riddled with doubt and confusion. The people at Playboy supported and believed in me when I really needed encouragement for this fledgling idea. To have their silent partnership really went a long way in bringing this Party Party mission into reality.

To be honest, I did completely underestimate how much work it would be to launch this whole endeavor, not to mention what it would take to really get it to the next level, and then the next, and the next. But now, seeing this take on a life of its own through the shared excitement of so many different people – I’m more inspired than ever. I really think we can take this all the way. And even if the State Department ultimately rejects our application, or if we aren’t given full access to the halls of government by the political powers that be, I remain absolutely confident that The Party Party will keep growing, and keep partying. This is a mindset as much as it is a movement. This isn’t just about a certain time or a certain place or promoting a particular political agenda. This is about partying. And true partying doesn’t need to live in Washington D.C. or in some rigid institutional office – this party lives in our hearts and minds, our homes and streets. Most of all, it lives in the spirit of every party we have together. Maybe we actually can subvert the entire political system. Maybe we actually can dismantle the structures dividing us and keeping us at odds with one another. Maybe we don’t have to play the game, and maybe we’ll win even more because of this. No matter what, this party is happening, and it’s happening because of our energy, our enthusiasm, and our sheer force of will. This is the power of partying, and if it’s telling us anything, it’s telling us that life itself is the biggest party of all.”

SPILL NEWS strives to keep our readers up to date with news and events in the music industry. We keep you informed of the most recent information regarding new releases, tour dates, and information items about your favourite artists.
RELATED ARTICLES
andrew w.k.newsthe party party