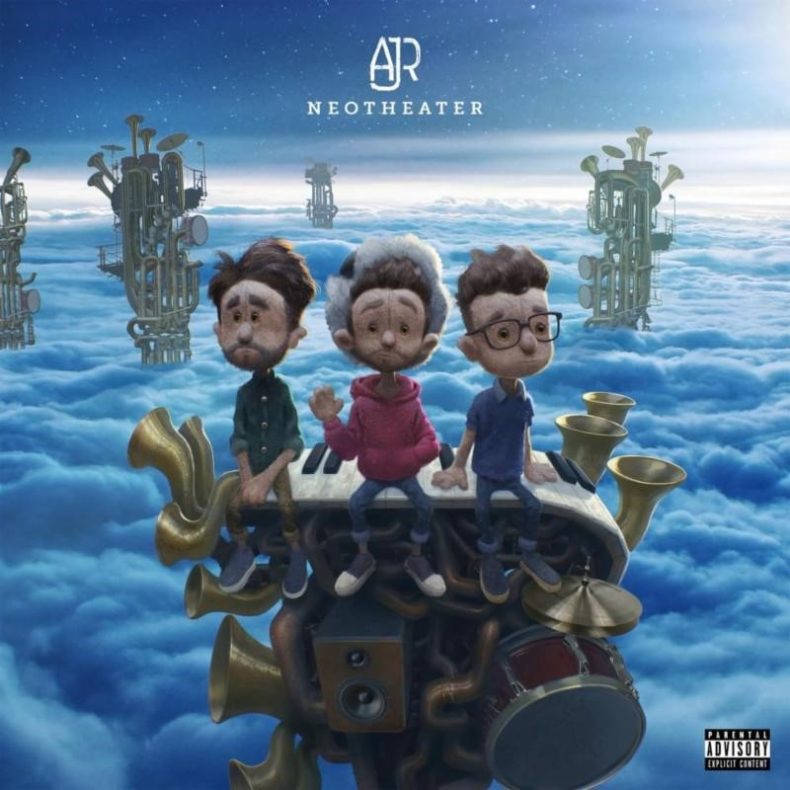 Last week, PLATINUM-certified NYC trio, AJR’s new album Neotheater (AJR Productions/S-Curve/BMG) debuted at #9 on the The Billboard 200 and #1 on both the Alternative and Rock Albums chart plus #4 on the Top Albums chart and #3 on the Pop Albums chart.

In a rave review the album has been hailed as “the antidote to Top 40 gloom” – the radio success of their offbeat anthem “100 Bad Days” proves just that. The song is quickly climbing the radio charts, breaking the Top Ten on Alternative Radio this week and boasting over 40 million streams with 2 million streams gained every week.

Neotheater unlocks a world where forties-style technicolor choruses co-exist in glorious harmony with beats indebted to hip-hop under highly shareable social commentary on the universal conundrum of growing up. Stream the full album HERE.

The band kicks off THE NEOTHEATER WORLD TOUR this fall, performing at the most prestigious and highest-capacity venues of their career including NYC’s Radio City Music Hall, Red Rocks Amphitheater in Colorado and The Shrine Exposition Hall in Los Angeles. The new dates follow already confirmed US festival performances at BottleRock, Bonnaroo and Firefly this summer. The band sold over 100,000 tickets on their Click Tour in 2018, which wrapped up with a SOLD OUT show at NYC’s Hammerstein Ballroom in December.

Neotheater follows their 2017 sophomore LP The Click [AJR Productions/S-Curve/BMG], which earned an RIAA GOLD certification and includes PLATINUM certified single “Weak” and GOLD certified singles “Sober Up” and “Burn The House Down.” The band crossed 1 BILLION streams and they are the only new band to have multiple songs on Billboard’s “Top 10 Alternative Songs of 2018.”