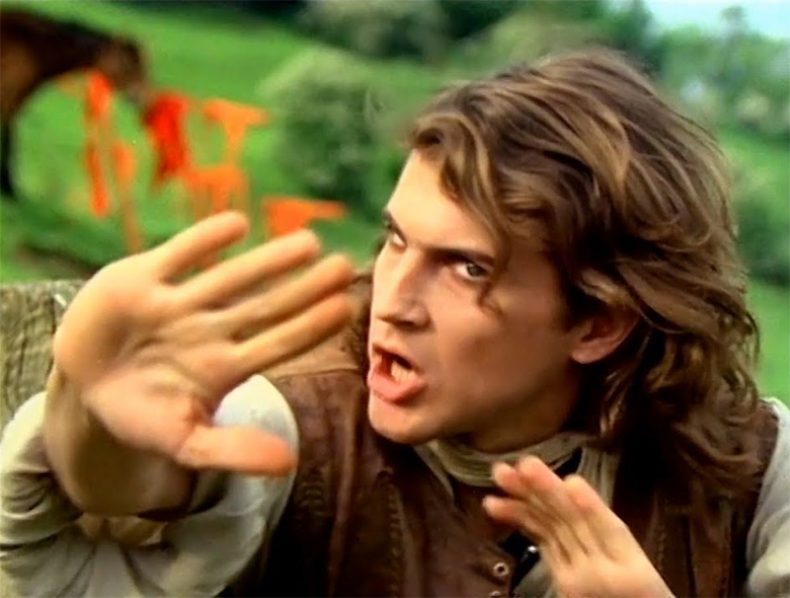 The Canadian Songwriters Hall of Fame (CSHF) is pleased to announce the induction of two songs written by nostalgic synth-pop band, Men Without Hats.  Their smash hits Safety Dance and Pop Goes the World catapulted the new wave band from Montreal to international fame in the 1980s, garnering commercial success and countless awards.

The Canadian Songwriters Hall of Fame will add both records to its permanent and interactive exhibition at the National Music Centre in Calgary, that features a celebrated catalogue of inducted songs that fans can listen to, as well as displays, exclusive artifacts, and one-of-a-kind memorabilia celebrating Canada’s greatest songwriters and Inductees.  A virtual induction presentation is planned for a later date.

“No ‘80s playlist would be complete without Safety Dance and Pop Goes the World,” says Vanessa Thomas, CSHF Executive Director.  “You can’t help but dance to the synthesizer beats or have a smile on your face from the playful nature of their videos.  And although the aesthetic and sounds are emblematic of the ‘80s, the lyrics and messages are timeless, and continue to take on new meaning to new audiences.”

Lead vocalist Ivan Doroschuk who penned both songs still stands by the do-your-own thing principle behind Safety Dance, which was written after he was kicked out of a nightclub for pogo dancing, which as judged as being too unruly and unsafe.  The lyrics “we can dance if we want to” is a rebellious anthem for being free spirited, independent, and standing up for your rights – even if it’s to dance.

The track skyrocketed to No. 3 on Billboard’s Hot 100 in 1983, propelling the album “Rhythm of Youth” to sell more than 2 million copies worldwide. Not only was it a commercial success, but industry accolades came rolling in, garnering three Félix Awards for Best-Selling Single, Group of the Year, and Rock Album of the Year; Grammy nomination for Best New Artist; JUNO nominations; and a 2008 SOCAN Award.

This past April, Tonight Show host Jimmy Fallon performed Safety Dance with health care workers and The Roots with the added lyric, “Everybody’s washing their hands” as part of the One World: Together At Home benefit concert for COVID-19 relief.  The song has also been covered by Weird Al Yankovic, Big Daddy, and others, and has been featured on such TV shows as “Glee,” “The Simpsons,” and “Family Guy.”

Following the success of Safety Dance and brief foray into rock, songwriter Ivan Doroschuk decided to take the band back to its electronic roots. Doroschuk originally wrote Pop Goes the World as an electronic instrumental, aiming for a sound similar to their 1972 hit Popcorn from the album “Hot Butter.”  He then added his two-minute riff to the end of a demo recording which he submitted to Polygram’s A&R rep, Derek Shulman, who advised him to build a whole song from the riff.  “So that’s what I did,” said Doroschuk. “I went back into the studio and spent quite a while building a song. It was one of the first songs that I actually sat down and worked on.

Doroschuk, brother Stefan and bandmate Lenny Pinkas recorded Pop Goes the World for the Mercury label at England’s Eden Studio, the result being a gold single and a JUNO nomination for Single of the Year.  The song reached the No. 2 spot on RPM’s Top 100 singles chart in 1988 and was Billboard’s No. 20.  The album went platinum in Canada and won a Félix Award and a PROCAN Award for the most-played English-language Canadian single on Canadian radio in 1988.

The video for Pop Goes the World contributed to the song’s popularity and heavy rotation on radio. Directed by Tim Pope (who also directed the Safety Dance video), the band incorporated comic references to their Quebec roots, such as Big Bonhomme (Quebec City’s winter carnival mascot).

Despite its bouncy, carefree feel, Pop Goes the World hides a deeper message within its depths. Released against the backdrop of the Cold War and U.S. President Ronald Reagan’s goal to destroy nuclear missiles before they reached North America, the line “Pop goes the world” has been interpreted as a reference to nuclear warfare and the end of the human race.  Another possible interpretation is the fleeting nature of fame which the song’s characters ‘Johnny’ and ‘Jenny’ so busily seek.

In an interview with NJArts.net, Doroschuk explained, “Our music is very friendly, and our message sometimes isn’t.  I realized that my message would have a much better chance of being heard if it was wrapped up in music that was friendlier to the ear.”

Men Without Hats released seven studio albums before splitting up in 1992.  Twenty years later, the re-formed band re-recorded Pop Goes the World in 2012 with the release of “Love in the Age of War.”

About Canadian Songwriters Hall Of Fame

The Canadian Songwriters Hall of Fame (CSHF) honours and celebrates Canadian songwriters and those who’ve dedicated their lives to the legacy of music; and works to educate the public about these achievements. National and non-profit, the CSHF is guided by its own Board of Directors, who comprise both Anglophone and Francophone music creators and publishers, as well as representation from the record industry. In December of 2011, SOCAN (the Society of Composers, Authors and Music Publishers of Canada) acquired the CSHF. The Hall of Fame’s mandate aligns with SOCAN’s objectives as a songwriter and publisher membership-based organization. The CSHF continues to be run as a separate organization. www.cshf.ca

About Studio Bell, Home Of The National Music Centre

Studio Bell, home of the National Music Centre (NMC), is much more than a museum. A national catalyst for discovery, innovation and renewal through music, NMC is preserving and celebrating Canada’s music story inside its home at Studio Bell in Calgary’s East Village. With programming that includes on-site and outreach education programs, performances, artist incubation and exhibitions, NMC is inspiring a new generation of music lovers. For more information, please visit studiobell.ca.

SPILL NEWS strives to keep our readers up to date with news and events in the music industry. We keep you informed of the most recent information regarding new releases, tour dates, and information items about your favourite artists.
RELATED ARTICLES
canadian songwriters hall of famecshfmen without hats