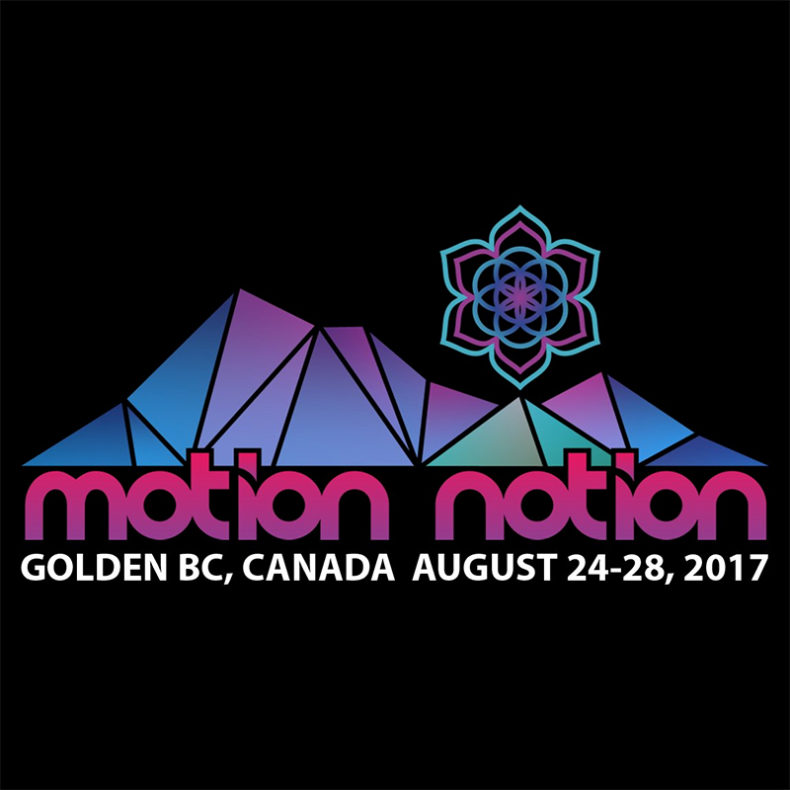 For one weekend each year, the spellbinding forest surrounding the historic Beaverfoot Lodge near Golden BC, Canada transforms in celebration of Motion Notion Festival, an intimate music, camping, and arts experience set in the pristine wilderness of North America. Entering its 18th year, Motion Notion Festival is globally-renowned for its vibrant festival history: consistently booking a refreshing mix of seasoned talent and the elite of the underground in electronic music, constructing prismatic stage design and offering a wealth of activities and riverside camping against the majestic Rocky Mountains.

In anticipation of this year’s event, the creators of Motion Notion are thrilled to release the incredible Motion Notion 2016 Full-Length Aftermovie. Created by Rebel Cause Films, the awe-inspiring 10-minute video reveals the power of freedom attendees unharness when entering the grounds, igniting them to live life through motion. The video highlights unforgettable performances from 2016 musical acts including Au5, Bear Grillz, Far Too Loud, Govinda, Inf1n1te, Phutureprimitive, Sander Kleinenberg, and Legendary UK drum and bass DJ TC.

Scenes of sprawling landscapes are interwoven with shots of the extraordinary stage design and pulsating light shows alongside festival attendees pursuing their own notion of motion through movement, flow arts and yoga.

“Motion Notion Festival was beautiful on so many levels. It’s a blessing to have been a part of it. My faith in humanity has been restored. It’s the closest thing to a utopian society that I’ve experienced, and I can’t wait to return again next year.” – AU5

With a reputation for putting together an unrivaled lineup of electronic acts, previous installments of Motion Notion Festival have welcomed Noisia, Crystal Method, Infected Mushroom, Justin Jay, Mr. Bill, Freq Nasty, Krafty Kuts, Aphrodite, Stanton Warriors, Liquid Stranger, Dirtyphonics, Sphongle, Stickybuds and The Funk Hunters plus many others to the woods of Canada to play atop one of three festival stages and 3 independent stages. Fully-equipped crystal clear PK Sound Systems adorn many of the stages and installations, creating an immersive and powerful experience for all festival attendees. As the festival continues to evolve, 2017 will invite over 100 acts to the decks — 2017 lineup announcement coming April 2017!

Motion Notion Festival returns to Canada this summer, bringing along fresh elements, honoring sacred geometry and the natural landscape of the festival grounds. 2017 will bring new workshops and experiences, and a robust arts program designed to fulfill the body, spirit and mind. Your journey to Motion Notion Festival 2017 begins today — Tickets for Motion Notion 2017 are moving fast! Purchase your pass here and start planning the adventure of a lifetime.

SPILL NEWS strives to keep our readers up to date with news and events in the music industry. We keep you informed of the most recent information regarding new releases, tour dates, and information items about your favourite artists.
RELATED ARTICLES
british columbianews