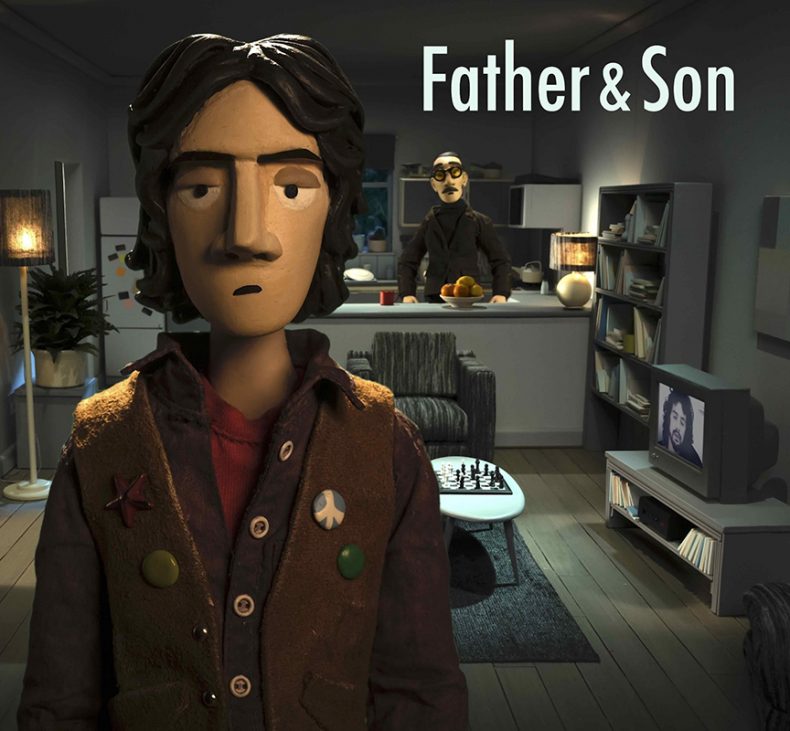 TEA FOR THE TILLERMAN² AVAILABLE SEPTEMBER 18 VIA UMe

Yusuf / Cat Stevens today unveils a 2020 reimaging of his seminal hit “Father and Son.” The song is the latest release from his highly anticipated forthcoming album Tea for the Tillerman² (out September 18th on UMe), an album that sees Yusuf recast the same eleven songs from his era-defining album for a new age, with dramatic results.

As the song reaches its 50th anniversary, “Father and Son” continues to endure as deeply as ever in the hearts of listeners, a true song for all times. This brand new version sees Yusuf singing both parts of the song – the role of the father brought together digitally with a recording of his younger-self, in the role of the son, originally recorded at his historic premiere performance at the legendary Troubadour in Los Angeles in 1970. The effect of the two generations of one man duetting is hauntingly uncanny and gives a whole new level of rarity to this most profound song.

Though written half a century ago, “Father and Son” very much captures the internal tensions and exposes the fractures which break up so many families from different cultures along the perennial generation gap; the spark of youthful rebellion can often erupt when it is held down by a pattern of conformism and pacificity, which commonly settles in many hearts with age. The overarching message of “Father and Son” couldn’t be more relevant; It is certainly a song for all ages.

“‘Father and Son’ feels pretty appropriate for what’s going on right now, if you take the father figure as being the establishment. However, I don’t think revolutions are that kind to the previous order, its main objective is to turn it around and to get rid of them. Whereas I don’t personally believe in that; I believe in a kind of a change that would not necessarily destroy everything.” ~Yusuf / Cat Stevens

The new release is accompanied by a stunning stop-frame animated video from acclaimed director Chris Hopewell, Jacknife Films and Black Dog Films. Relocating the narrative into a modern suburban setting, the result is another moving piece of filmic art. Admirers of Yusuf / Cat Stevens music will undoubtedly relish watching as another of his most quintessential songs is enchantingly brought to life in this magical medium.

Speaking about the creation of the video, Hopewell said: “It’s not often in the world of music videos that you get the chance to work with a truly iconic song not to mention artist. This track is so well known worldwide and means so much to so many people.

Yusuf came up with the premise of the two characters living detached, remote lives in the same home and I built the narrative around that. We wanted to get across the frustration that the two generations often feel with each other but them have a coming together and mutual respect at the close. The track is sung from two very different perspectives hence our portrayal of the two separate lives lived under one roof. The video was shot with a social distanced crew of six over three weeks just after the lockdown was lifted. Producer Rosie Brind and I designed and fabricated the majority of the props, sets, and the characters. It was a tough old job with such a small crew but also nice to be very hands on with all the elements.

“Father and Son” tells an age-old story with the characteristic Yusuf / Cat Stevens imaginative flair. It will live on and continue to be interpreted by many artists because it resonates on such a fundamental level. The new release of the song, along with its enchanting video, feels like a fitting tribute by the composer to the original version and captures nuanced insights into the cyclic struggle between fathers and their sons, who later themselves become fathers and continue the recurring tradition. The song is an anthem and a call to freedom, tempered with a plea to take one’s time and to be more considerate of others – particularly one’s own family.

by Ryan Sagadore on September 18, 2020
Yusuf/Cat Stevens Tea For The Tillerman² Universal Music Half a century after Cat Stevens released Tea for the Tillerman, we find Yusuf taking a retrospective look at [...]
7.0