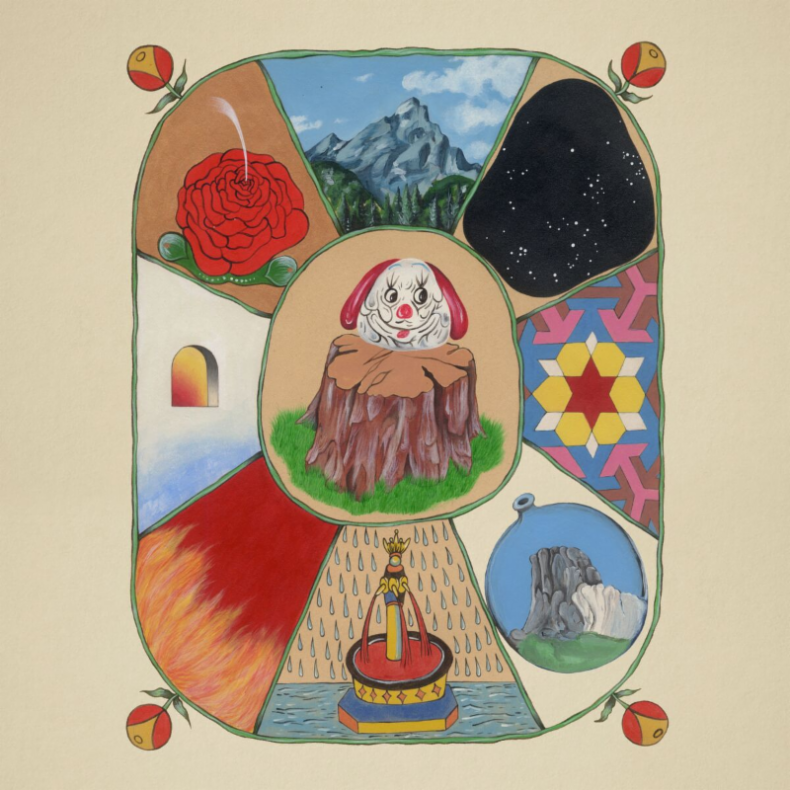 White Denim have signed with City Slang Records, which will release the Austin, TX-based band’s new album Performance on August 24, 2018. The band have shared the album’s first single, “Magazin,” via a lyric video and confirmed a headlining North American fall tour that includes shows in Chicago, Boston, Washington D.C., and two nights at NYC’s Brooklyn Bowl in October. Tickets went on sale Friday, May 11th, and more dates will soon be announced; a current itinerary is below. Performance is now available for pre-order HERE.

In his 1942 essay The Myth of Sisyphus, Camus wrote that “All great deeds and all great thoughts have a ridiculous beginning.” 15 years later Richard Wayne Penniman wrote “Wop bop a loo bop a wop bam boom,” an undeniably powerful vocalization that on any given Wednesday in any given situation, civilized or otherwise, is still fully capable of setting somebody’s stuff aflame. Over ten years and seven long players into their career, White Denim are still in the relentless pursuit of a thread – in other words, a wick.

The band have carefully studied the greatest records ever made, but they write songs just dumb enough to drink, dance, and fight to. Theirs is a music that aims for the whole body, while equally satisfying the mind. While it has morphed, expanded, and even burst apart, White Denim’s sincere and human drive and ability to spark exhilaration have been unerring constants of the band’s existence. Now, two years on from their comeback album supreme Stiff, singer-guitarist Petralli and bassist Steve Terebecki have changed tack again for their seventh full-length, Performance. A new studio, new collaborators, and new techniques for writing and recording influenced the elastic possibility and liberation felt throughout.

If the album’s title seems meaningful in its deadpan simplicity, it is. There is, of course, the meaning of “performance” that applies to anyone for whom the live arena is the proving ground. There’s also something more personal but universally acknowledged – the gap that exists between what we project and who we really are. “There is something absurd and isolating in continuing this pursuit for personal connection on such a wide scale. When writing an album I essentially leave my actual life, retreat deeper into myself and as it nears completion, I evaluate my work based on my own extremely skewed notion of what is widely relatable and still legitimately cool,” says Petralli. “My idea of cool is most significantly shaped by Steve’s body language when we are talking through ideas in session.” It has been said that “A clown enriched knows neither relation nor friend.”

Performance was mainly recorded over eight weeks at the band’s new downtown Austin studio, Radio Milk. Once an old general store constructed in 1902, it is now respectfully restored and sandwiched in between bars and modern condominiums. Two new players were key in what Petralli describes as “a super-collaborative record:” keyboardist Michael Hunter, a “young, humble genius with endless potential” and Conrad Choucroun, a “ridiculously solid” drummer with a long stint with NRBQ on his resume. “If you take nothing else from this at least take some time to listen to NRBQ, rock & roll scholars who shared members with the Sun Ra Arkestra” advises Petralli. It makes sense that White Denim would develop a kinship with a player from their circle. In many ways, they are a continuation of that sort of group. One that will never stop pushing and taking every opportunity to shine a light on and exemplify what is truly good about Rock ‘N’ Roll music.

Categorically speaking, White Denim is still impossible to narrowly pin down. There’s the glam-rock strut of “Magazin” and “It Might Get Dark,” the dueling guitars on the low-slung blues prog of “Moves On”, and the sideways jazz of “Sky Beaming.” There are plenty of pleasingly unexpected musical moments on the title track and the easy-rolling closer “Good News,” along with some seriously distorted guitar. In the title track, Petralli sings, “Flashing light in a tunnel, You’re indicating a change.” In many ways, White Denim is the flashing light in a dark and crowded tunnel of showbiz glop. Quietly and fiercely finding themselves — and us — through their work.

by Aaron Badgley on October 4, 2019
WIVES So Removed City Slang Records So Removed is the first album for WIVES, the four-piece band based in Queens, New York, and it is an impressive debut. Here, they are trying to be gritty and to [...]
9.0

by Elijah Jimenez-Clarke on August 25, 2016
Junior Boys Kiss Me All Night EP City Slang Records Hamilton’s favourite Electro-Pop duo is back with another mesmerizing addition to their collection. After dropping its first album [...]