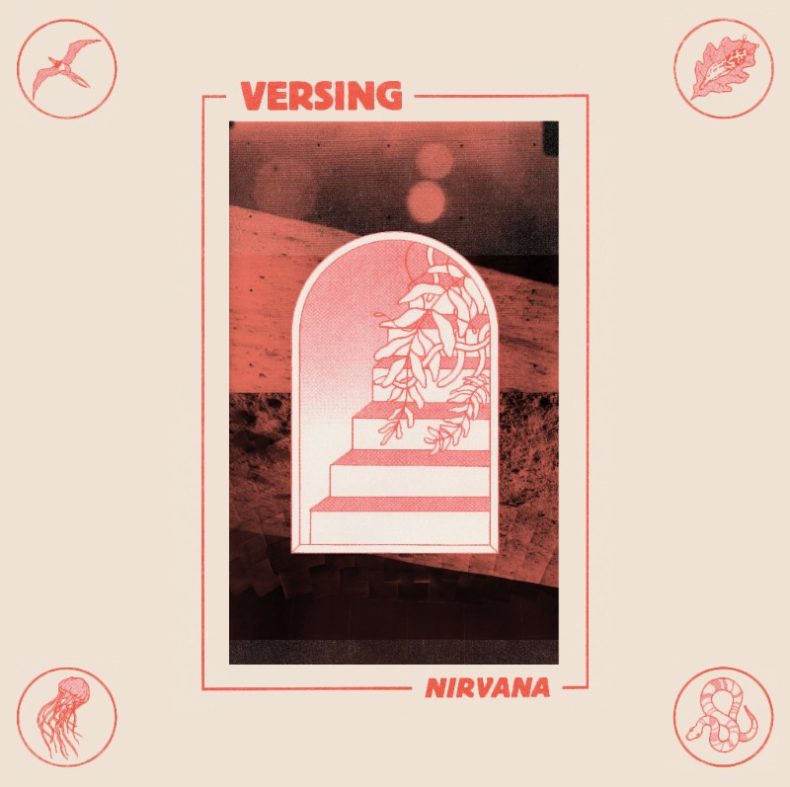 Today Seattle’s rock four-piece Versing share lead the self-directed & shot video for their new single “Call Me Out”. The track follows lead-single “Radio Kinski”. Both songs are taken from their forthcoming LP, Nirvana out September 29 on Help Yourself & Decency Den Records.

Nirvana was recorded in April 2016 at Electrokitty Studios in Seattle with José Rohena Díaz (Chastity Belt, Tacocat) at the board. Versing continues barnstorming the Puget Sound, and plans an upcoming tour with The Courtneys in October 2017 – see dates listed below.

About the “Call Me Out” visual Daniel Salas of Versing shares: “For this video, we filmed ourselves using four iPhones and a DSLR simultaneously. I rigged up a cardboard contraption to hold the phones close so we could get four shots from very slightly different angles. I was inspired by David Hockney’s “The Jugglers,” where he filmed the subjects from multiple cameras at the same time, then stitched them into one fragmented but still somehow cohesive shot. It seems to give the scene a heightened sense of depth and realness, and I liked the idea that more eyes could make a more complete picture – that having more people watching over your actions and calling you out when you screw up isn’t necessarily bad, but actually useful.”

Versing is not a timid band, and the name is not intended as a joke. Frontman Daniel Salas describes his concept of “nirvana” as an undeserved sense of self-forgiveness one sometimes feels in the wake of terrible decision-making, akin to “those brain memes where the brain gets bigger and more cosmic the worse the ideas get.” Nirvana the album also embodies contradictions: terse and expansive, anxious and confident, aggressive and intimate, physical and cerebral. Live and on record, the four-piece band heaves, stutters, undulates, and chimes in perfect symbiosis, wringing every erg and crackling watt from their instruments.

The members of Versing — Salas and Graham Baker on hook-and-jab guitars, bassist Kirby Lochner and drummer Max Keyes bobbing and weaving — came together in the gravity of the college radio station KUPS in Tacoma, WA in 2013. The band moved to Seattle the next year and have proven themselves one of the city’s hardest-working bands, logging a relentless itinerary of ferocious live performances in clubs, bars, basements, lofts, pizza parlors, and other spaces in the Pacific Northwest and along the West Coast. They have two self-released EPs, 2016’s unassailable Nude Descending and the early-2017 tour cassette Tape, which also served as an advance single for album track “The Draw.”

by SPILL NEWS on August 9, 2016
CONTEST CLOSED   THE SPILL IS GIVING AWAY A PAIR OF TICKETS TO THE VOMITFACE HOORAY FOR ME ALBUM RELEASE PARTY ON AUGUST 19 @ SMILING BUDDHA!   2 TICKETS TO BE WON!   [...]