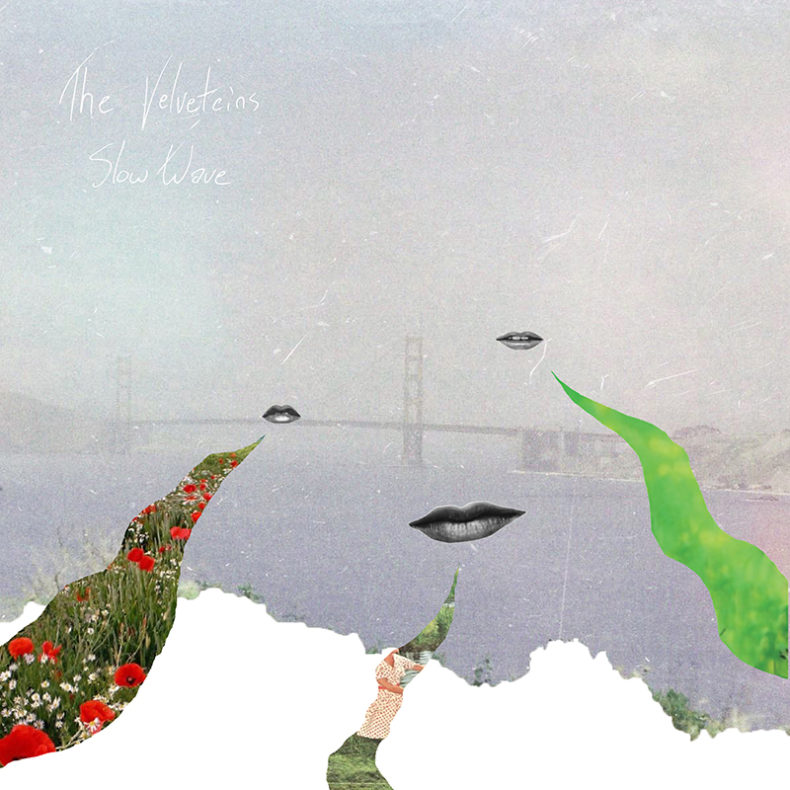 The Velveteins are stoked to announce the forthcoming release of their hugely anticipated debut album entitled ’Slow Wave’ the album will be released on May 12th via Fierce Panda Canada. Just yesterday the band shared their latest video for ‘Midnight Surf’  funded by MuchFACT, with The Wild Honey Pie which was made for the band’s second single from their forthcoming debut album and what a terrifically tidy slice of psychpop pie it is, too!

Formed by frontman Spencer, The Velveteins fell into shape in the summer of 2014 after the singer’s return from quality time spent vagabonding around Australia – and believe you us, this is very much a band made to go vagabonding. The ‘A Hot Second With The Velveteins’ EP set out their rackety indierock stall last year, and at the end of 2016 they dropped the punchy, precise ‘Don’t Yah Feel Better’ track to set the debut album bells ringing:

“Assured, demonstrative and undisguised, The Velveteins crack out the surf-pop hooks as frontman Spencer Morphy reminds us all that everything isn’t so bad when you have a good tune in your ear and your friends close by.” ~ Goldflake Paint

“If their first single is any indication, we can expect an album filled with earworm-worthy melodies and psychedelic grooves that stick to your bones.” ~ CBC Music

Their slinky indiesurf tendencies have thus far spewed forth comparisons to The Kinks and The Libertines, but The Velveteins are frequently more casually weird than totally wired, and always way more welcoming. Indeed, ‘Midnight Surf’ is a slacker-glam- pop anthem for the whacked-out generation, nodding vacantly at Mott The Hoople and The Flaming Lips with dreamy melodies popping up from all angles and creamy guitar solos sinking like polished stones. Better still, the video for ‘Midnight Surf’ features a VW campervan. This makes us weirdly excited.

About the making of “Slow Wave”

“’Slow Wave’ was the culmination of a year’s worth of writing. As opposed to ‘A Hot Second’ we had the freedom to play the songs live before hitting the studio. We definitely tried to fledge the songs as fully as possible, without losing the ability to play them live as a three piece. It was also the first time we wrote as a three piece with Dean. ~ Spencer

What brought it all together?

“Addison and I wrote a lot of the record, and we brought Dean in to add extra spice to our ideas. Most of the tunes were created in between several small tours, and travelling back and forth between Vancouver and Edmonton because I was living in both cities at the time.” ~ Spencer

How was the recording sessions:

“We did the record in 10 days, at our friend Colin Stewart’s studio on Vancouver island. He produced it and we stayed at his house during the sessions. All the tunes were written before hitting the studio, but we definitely got weird and creative with Colins plethora of weird gear.” ~ Spencer

“When we were probably halfway through writing the album I learned about slow wave sleep, one of the deepest stages you enter throughout the night. I thought with what we had been writing so far it could fit as an overall theme for the record.” ~ Addison

“After we had the song together, it was kind of revealed as a concept we could run with. Sort of a play on words with different meanings within different songs.” ~ Spencer