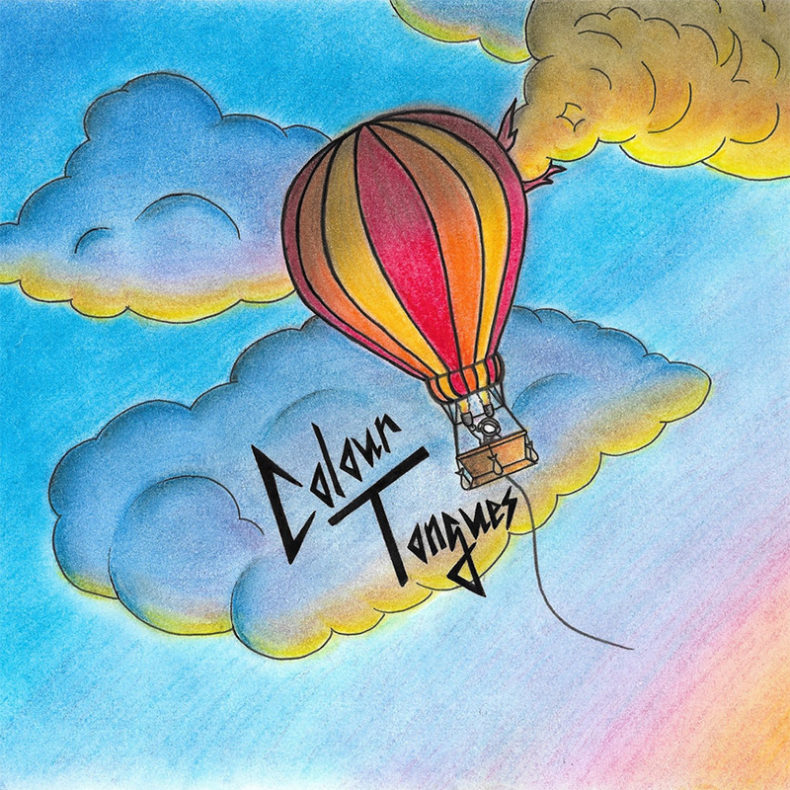 Canadian indie prog-rockers Colour Tongues are out with their newest release, Almost East, and its premiere single “Southbound” — both available now!

Audiences are in for a six track span of the musical spectrum, one that bridges indie and progressive rock into a sound easily admired for its intricate guitar tapping and complex rhythmic arrangements. “But it’s still for ears that just want to ‘rock out’ and enjoy the sunshine,” says Dan Lavergne, bass player of Colour Tongues.

The Vancouver-based band counts as Graeme Meekison, as well as Brisbane-born James Challis, Winnipeg-native Lavergne, and Toronto-born Dave Taylor. Their debut EP charted #4 on CFMU-FM, #2 on CILU-FM, and made Earshot Magazine’s National Top 50. They were listed in Vancouver’s Daily Hive as one of the Top 10 concerts to see in Vancouver — alongside the likes of Lorde and Santana — with their live shows described by Beatroute BC as “playful with dynamics, fast in their execution and with a fresh progressive sound.”

“Southbound” — the new releases lead single — tells the story of a friendship imploding under the pressures of long-standing emotional neglect and insidious hardships. “It’s about what happens when the needs and considerations of another are left untended for too long, and everyone gets left in the dust wondering what went wrong,” says Challis. “Where did everything go ‘Southbound’?

“Everyone has someone like this in their life… It’s a good friend who you maybe shouldn’t have moved in with, or someone close you started to take for granted, slowly at first, but then unstoppably. Once the damage is done, there is nothing left but to do pick yourself up, move forward, and reflect on what was lost with somber melancholy.”

The video, on the other hand, depicts just the opposite, with ‘behind the scenes’ footage from the Colour Tongues’ recent BC and Alberta-based tour. “The band fully comes to life when we go on tour. What you see is us playing harder and more tightly than we ever have, and just loving the entire Universe.

“It’s a real juxtaposition to the song itself”, says Taylor, “but there’s something honest about that; some friendships end, and others grow stronger. What you see in our faces is a genuine love for each other when we’re in the music together. On stage we communicate in a special language that only we can speak, but everyone in the room can hear.

“There is nothing in life like driving through the rocky mountains, playing a three-hour set to a packed bar in Banff, and then grabbing Denny’s at 3:00am.”

The sole-optioned 24-hour haunt was just one of many road warrior tales for the crew. “Our two shows in that mountain town (Banff) were insane… The second night was half-price wine night and at the end of the show there was this literal mountain of broken wine stems in front of the stage, like someone was trying to trap us in there.

“Another time in Revelstoke, we were playing late to a pretty sparse crowd — you never know in Revelstoke — and as we were wrapping up there was a massive surge of skiers and boarders coming in at 1:30 am, kind of tipsy and looking to dance. So we all looked at each other and were like ‘ok…I guess we’re doing this all over again.’

“Our favourite show that tour might have been in Calgary at Broken City with local legends, Crooked Spies,” says Meekison. “It was a full bill and at the end of the night, the singer called up all four bands and we did a 12-piece rendition of “Doorbell” by the White Stripes. You can see us all moshing on-stage in the video.”

While they all took a hand at filming the video, the whole thing was cut and edited by Challis in the back of the tour van throughout the trip. “He was so engrossed in it, he didn’t even realize when we basically ran out of gas outside of Merritt!”

Recorded over 18 months and four studios, there was no ‘magic bullet’ to the recording process for Almost East, says the band. “We played around with different spaces, different arrangements, and different inspirations. In the end, we can’t thank enough our core engineering and production team, Elisa Pangsaeng of Boots and Cats Productions, and David Sikula from Demitone Productions.”

The album art for Almost East was commissioned by a local artist named Claudina who works at a pub the band frequents in Vancouver. “The chalkboard outside always has these really cool pastel drawings,” says Taylor. “One day James and I went up to her and said ‘think you can do a hot air balloon with an astronaut in it?’ First time she ever heard us play was at the album release party at the Fox Cabaret…  I don’t think she was quite expecting what she heard, and boy, was she dancing hard.”