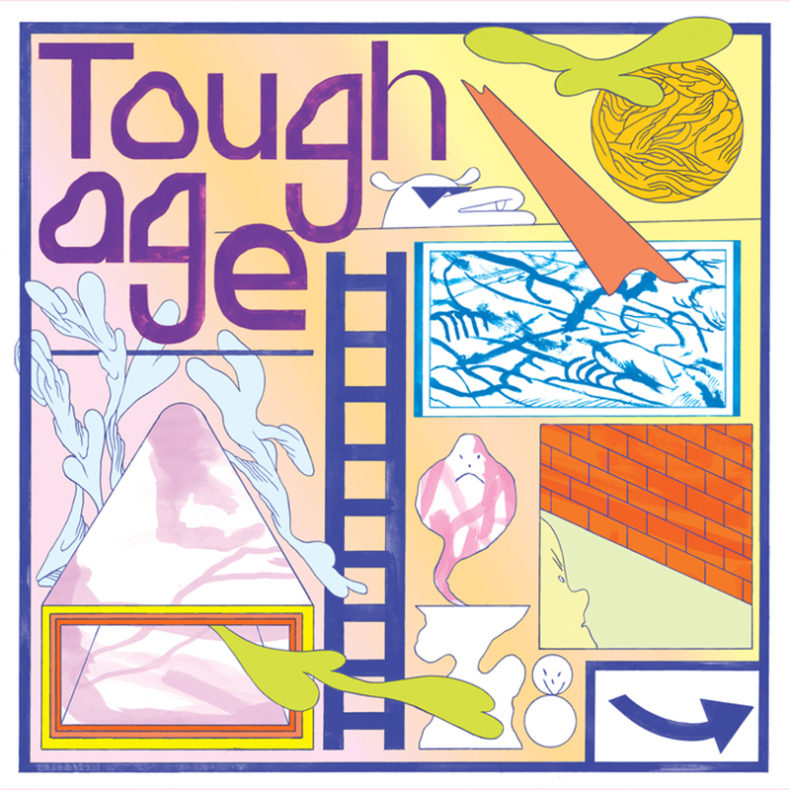 Tough Age announced their new album and third on Mint with a single “Me In Glue.” The first single off the record features bassist Penny Clark belting out her thoughts on giving up. “The track comes in on appropriately sticky bass lines, thick as Elmer’s” Says COS. “Guitars break it up into something more playful as the song progresses, adding a garage-surf coloring to the chaotic drumming. But there’s nothing chilled out about the lyrics”

In the two years since Tough Age’s sophomore LP, I Get The Feeling Central, the curmudgeonly comic book loving band have reinvented themselves. Founding members Jarrett Samson and Penny Clark relocated to Toronto from Vancouver, channeling their love of Flying Nun indie-pop into a new three-piece line-up with drummer Jesse Locke (Century Palm, Simply Saucer). The first glimpse at this new direction was their “Guess Not/Unclean” 7” EP, now followed by their long-awaited third album, Shame, due out on Mint Records on October 20th, 2017.

Recorded and mixed by Freelove Fenner’s Peter Woodford in his Montreal studio The Bottle Garden (TOPS, Moss Lime), with cover art by comic artist Patrick Kyle and mastering by Mint’s own Jay Arner, Shame is Tough Age’s most collaborative effort to date. Honing their econo jams on tours across North America and over the sea to Tokyo, while sharing a stage with artists such as The Courtneys, HSY, and recent Mint signees Woolwoorm, the trio has re-emerged with a fresh set of songs that are simultaneously minimal, dynamically propulsive, and eerily experimental.

by Isabel Armiento on June 22, 2018
Dumb Seeing Green Mint Records Only a band with music that is decidedly smart would call themselves “Dumb”. With clever, snarky lyrics woven into a mockery of the conventions of money-obsessed [...]
8.0