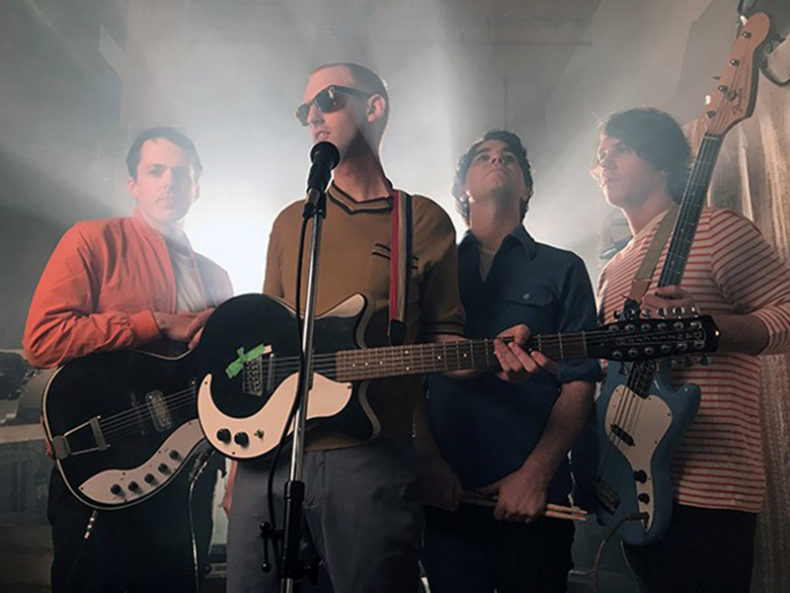 THEIR DEBUT ALBUM, FOOTBALL MONEY  OUT MARCH 29, 2019 VIA MINT RECORDS

Last night, Toronto’s Kiwi jr. unveiled a new single, “Comeback Baby”, on CBC’s Strombo Show. The track is a psych-tinged jangle-pop adventure with nods to Robyn Hitchcock and The Left Banke. Kiwi jr.’s debut album went out worldwide Friday, March 29, and the band celebrated with a release party in Toronto the night before at The Baby G with indie-pop pals Twist.

The four members of Kiwi Jr. all live in Toronto, though they originally hail from Charlottetown, PEI, separately finding their ways to the big city over various points in the past decade. Now, having found a common language in jangling power-pop and hyper-literate college rock, they are releasing their debut album: Football Money.

Kiwi Jr.’s songs are laid-back but never lazy, as the band pored over the LP throughout the course of two years with producer Aaron Goldstein (Daniel Romano, City and Colour). It was mixed by Holy Fuck’s Graham Walsh (Preoccupations, METZ), with additional instrumentation and production from Alec O’Hanley (who plays with Brian in Alvvays).

by Isabel Armiento on June 22, 2018
Dumb Seeing Green Mint Records Only a band with music that is decidedly smart would call themselves “Dumb”. With clever, snarky lyrics woven into a mockery of the conventions of money-obsessed [...]

by SPILL NEW MUSIC on September 8, 2017
TOUGH AGE – SHAME Mint Records Tough Age announced their new album and third on Mint with a single “Me In Glue.” The first single off the record features bassist Penny Clark belting [...]
8.0