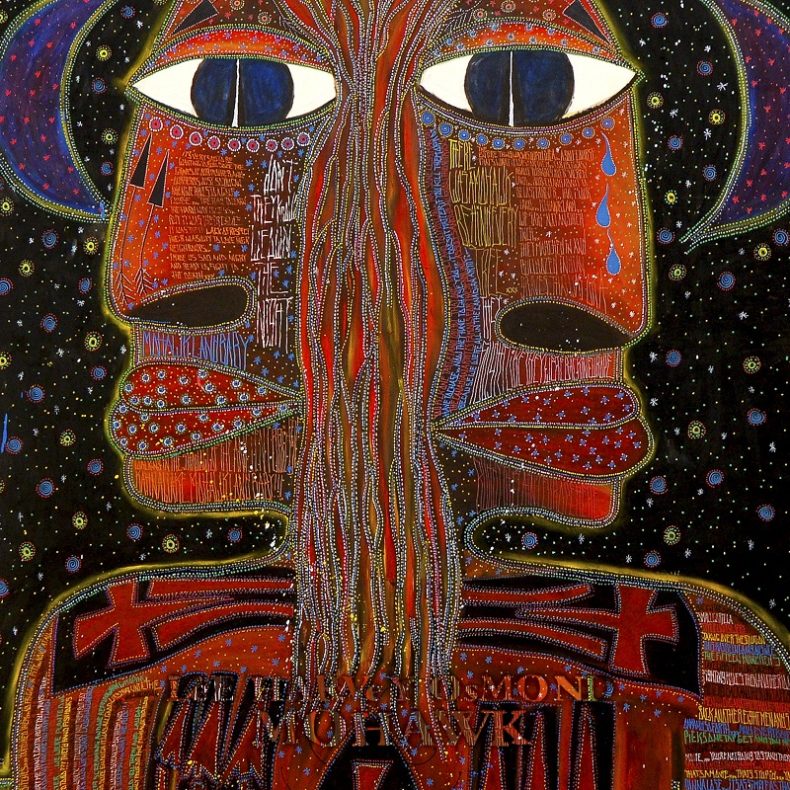 “Over the course of discovering my true identity, the intention of my writing, my music and my art is to reduce the gap between my indigenous culture and colonialists to make a more patient, loving community.” – Tom Wilson aka LeE HARVeY OsMOND

When Tom Wilson created the moniker Lee Harvey Osmond he wasn’t entirely certain if this was a new stage name or merely a provocative handle for the musician/artist collective assembled by producer Michael Timmins to record a collection of Tom Wilson songs that would become A Quiet Evil. This was the first of four albums bearing the featured artist Lee Harvey Osmond. The Folk Sinner was next, followed by the breakthrough Beautiful Scars. It was during this time between releasing Beautiful Scars and recording Kings and Kings with Blackie and The Rodeo Kings that Wilson went public with his recent discovery. He was not exactly the person he thought he was.

In his 50s, Wilson learned that the parents who raised him were not his birth parents; that, in fact, he was adopted and that his biological mother was a long time family friend from the Kahnawake reserve, just outside of Montreal. Grappling with this newfound sense of himself plunged Wilson into a quest for his heritage and his truth, and led to the writing of his bestselling autobiography, Beautiful Scars (Doubleday Canada). The book is a colourful and truthful tale of this quest, and his life’s tribulations and successes along the path.

The discovery of his true heritage and the culture that it carries now informs all of his art. On this fourth Lee Harvey Osmond album, Mohawk, due out January 25 via Latent Recordings, Wilson continues down the path of his “long way home,” Wilson says. “It is my way of showing honour and respect to a culture that I’m just shaking hands with. My truth was hidden from me – I was born a Mohawk baby, and finally I’m becoming a Mohawk man,” a line he sings on the LP’s first single, “Mohawk”, available to stream and buy today.

Wilson’s life has been an ongoing quest so it is perhaps inevitable that after decades immersed in poetry, literature and music he would turn attention to visual art, a language that transcends the verbal and the written. The packaging and visual elements of Mohawk incorporate Tom Wilson creations. In particular a painting of the same name from his collection Beautiful Scars: Mohawk Warriors, Hunter and Chiefs.

SPILL NEW MUSIC: COWBOY JUNKIES REVEAL TIMELY NEW VIDEO FOR “THE THINGS WE DO TO EACH OTHER”