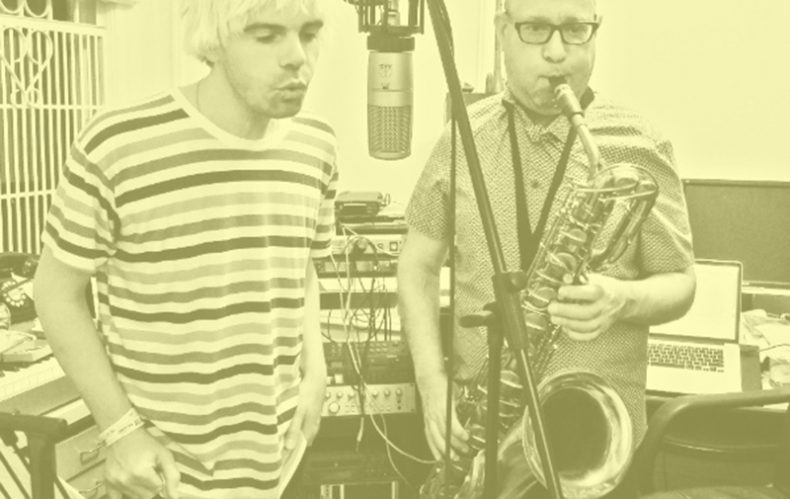 The Charlatans frontman originally met New Yorker Gordon in 2012 and they decided then on a music collaboration. Burgess had been a long time fan of Gordon’s work with Arthur Russell and The Love Of Life Orchestra. The album was produced by Gordon in New York and features many of his and Tim’s previous collaborators: Ernie Brooks who played with Arthur Russell on the first Modern Lovers album, trombone player Peter Zummo, conga player Mustafa Ahmed and Nik Void from Factory Floor.

“What I love about working with Peter is that in the late 70s with Peter Zummo and Arthur Russell and all the New York cats at The Kitchen, they were all making futuristic records,” Burgess enthuses. “Now Peter in his mid-60s is still looking to do that. It’s the world that I want to be in.”

The album will be available on Limited clear double Vinyl, CD and Digital. For pre orders go to the following link: www.ogenesis.tmsor.es

To coincide with the release of the album Tim and Peter, alongside Max Gordon, Mustapha Ahmed and Nik Void will be playing the below UK shows.

1.Begin
2.Say
3.Around
4.Unguarded
5.Ocean Terminus
6.Temperature High
7.Like I Already Do
8.Tracks Of My Past
9.Oh Men