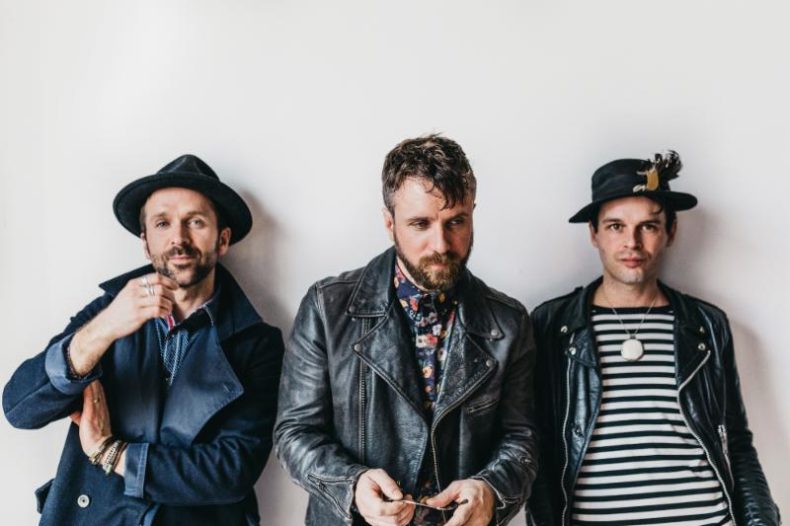 The Trews have announced they’re gearing up to release their sixth studio album Civilianaires, due out September 14 via Cadence Music Group.

The band are once again teaming up with PledgeMusic for a pre-sale launch of the album. Fans can pre-order the album in multiple formats – vinyl, cd, digital – and bundle it with any number of exclusive items from signed lyric sheets to exclusive merch to private house concerts available only through PledgeMusic. Pledge here.

Earlier this spring the band released, “The New US”, the first track from Civilianaires . Viewed through the lens of our current political climate, the band describes “The New US” as “a call-to-arms for us all to try and cut through the static, noise, clutter and b.s. of the insane times that we find ourselves living in and hopefully seek out a little truth for ourselves in the process…or at least give you something to head bang along to in frustration in the meantime.”

The Nova Scotia-bred, Hamilton, Ont-based combo of singer/guitarist Colin MacDonald, guitarist John-Angus MacDonald, bassist Jack Syperek, and drummer Chris Gormley – songwriters all – has won universal acclaim for both their dazzling live performances and wildly accessible songs. With two Gold albums, 17 Top-10 singles on Canadian rock radio and over 25 music industry awards and nominations, The Trews have earned their place as one of Canada’s most iconic Rock bands. Their career has spanned two decades and The Trews have performed over 1,000 international live shows, including support slots for The Rolling Stones, Robert Plant, Guns N’ Roses, KISS and Bruce Springsteen.

by Gerry Young on September 14, 2018
The Trews Civilianaires Cadence Music The Nova Scotia-bred, Hamilton, Ontario-based band The Trews return with their sixth studio album, Civilianaires, and certainly one of their best to [...]
7.0

by Gabrielle Bossy on October 13, 2017
The Pack A.D. Dollhouse Cadence Music Strange and eerie is the overall feel of The Pack A.D.’s latest album Dollhouse. This should be no surprise as it provides comments on our current political, [...]