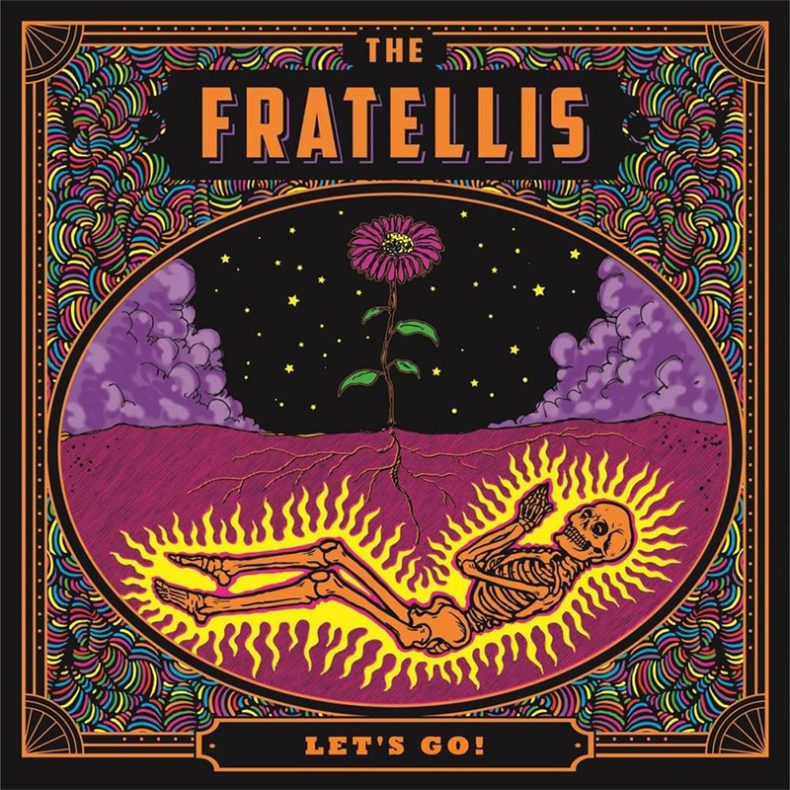 Following the release of their UK Number 5 album, In Your Own Sweet Time, The Fratellis announce their return to Europe and Asia in September / October alongside their new single “Let’s Go!” with “Laughing Gas (acoustic)” & “Stand Up Tragedy (acoustic)”.

Jon Fratelli says: “We are really happy to be coming back to play some shows in Europe and return to Asia this year, one of the joys of being a musician lies in the variation culturally of the audiences we play to, when we play shows in Europe this seems to be amplified, I don’t think we’ll ever tire of being in the position to play our music anywhere where people want to hear it, hopefully these shows will have something for everyone with songs from Costello Music through to In Your Own Sweet Time… We’re looking forward to seeing you all there.”

In conjunction, the band are also releasing an additional three-track single called Let’s Go! to accompany the album and new tour dates. The single consists of “Let’s Go!”, “Stand Up Tragedy (acoustic)” and “Laughing Gas (acoustic)”.

Jon Fratelli of the band says about Let’s Go!: “‘Let’s Go!’ was half recorded when we did the main album sessions but we ran out of time to finish it so it was completed in Glasgow. It didn’t really suit the tone of the album but stood out on it’s own as being quite good fun, it’s what I like to call a ‘Kitchen Sink Song’ in that it’s the kind of track where you throw everything but the kitchen sink into the mix… Everything in the track is effect-heavy in a way that sets it apart from most of the other songs we’ve produced, I’m really glad that it’s going to be available for everyone to enjoy.

“The alternate versions of ‘Stand Up Tragedy’ and ‘Laughing Gas’ give these songs room to breathe a little more than the album versions, “Laughing Gas” especially in this context has some more space to deliver its message, so much so that we adopted a similar version with piano, guitar and vocals at a much slower pace in our live shows, certain songs come alive in a very different way with this approach and can connect more quickly and with less distraction.”