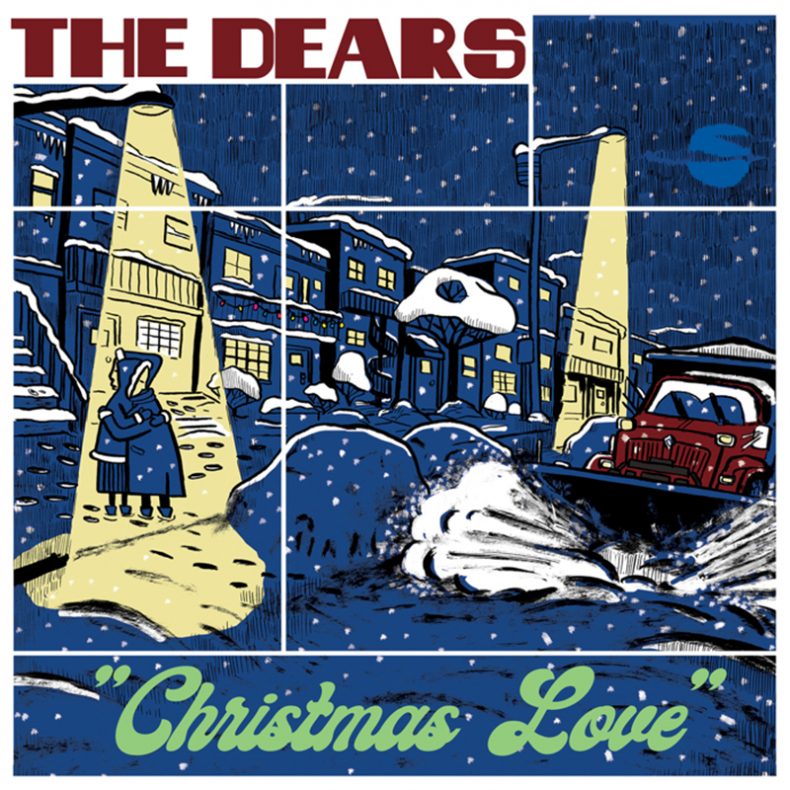 THE DEARS “CHRISTMAS LOVE” COMES BUT ONCE A YEAR

As jingle bells are just being heard on the horizon, The Dears slide through in a sleigh of their own with two new songs for the upcoming holiday season. “Christmas Love” is an original work born out of an unfinished track from this year’s Lovers Rock sessions, set against a dreamy take on the classic “O Little Town of Bethlehem.” Bandleader Murray Lightburn had the following to say about how he and his wife Natalia Yanchak summoned the essence of the yuletide spirit for this release:

“Natalia had the idea to write a song around Christmas and we had this one unfinished track sitting around from the Lovers Rock sessions. We went back and forth on the lyrics and it came together pretty easily and quickly. It was kind of strange singing about “snowplows” during a heatwave in the summer.

We wanted to avoid some clichés like chestnuts and sleighs or whatever. Instead it’s a very simple love song about how sometimes that time of year can highlight who you really want to be with and how that brings a huge smile to one’s face as well as the warmest feeling. This is what we hope happens when people hear this song.  When it was all done we sent it off to our guy João for mastering and I called our old pal Joe Ollmann to draw the cover.

For the B-side I worked out a version of “O Little Town Of Bethlehem.” It’s something from my childhood and probably the first song I ever sang publicly in front of an audience. It’s a little personal; I just want my mother to hear it. It’s such a beautiful unforgettable melody that’s really up my alley. Although it comes off pretty religious it’s really about peace and love which I hope is something we can all get behind.”