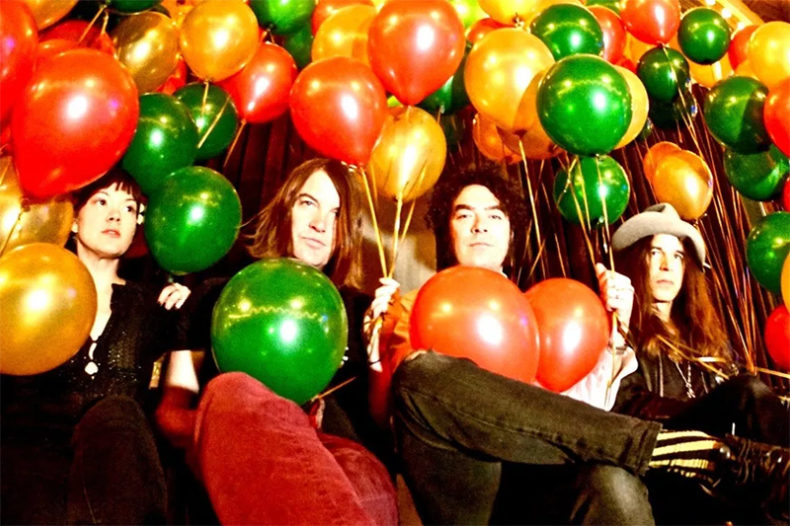 WHY YOU SO CRAZY OUT JANUARY 25 ON DINE ALONE RECORDS

The Dandy Warhols celebrate their jubilee year by dropping their appropriately-titled Why You So Crazy LP on January 25th. Has it really been a quarter of a century? Most of the songs from their vast catalog don’t seem to have aged a day. Timeless and classic, there’s no denying that these indie darlings have longevity, and in this ‘here one day, gone the next’ musical landscape, that’s indeed something to celebrate. Whether you dig them gritty or glittery, this new record delivers on all fronts. Described by the quartet as a return to their “freewheeling fashion”, there’s no stylistic boundaries here except goodhearted and heated rock n roll. The album features 12 songs that pack in references as far flung as Fred Astaire and Ginger Rogers, Don MacLean’s Chevy, and the church of Bowie’s “Modern Love”.

Today, the band unleash the new video for “Motor City Steel.” “‘Motor City Steel’ is a true story,” says Courtney Taylor-Taylor. “I lived in a small SW Washington town from 2006–2014 ‎ and found this to be a fairly common occurrence. The guys generally get online to check out fishing gear, truck parts, and compound bows, etc., whereas more and more, the gals check out New York, Paris, Hollywood and the like. I changed the names for the song but when ‘Rikki’ finally did come back it was well over a year later. They are married now and have two kids.”

The Dandy Warhols
Why You So Crazy
(Dine Alone Records)
Release Date: January 25, 2019