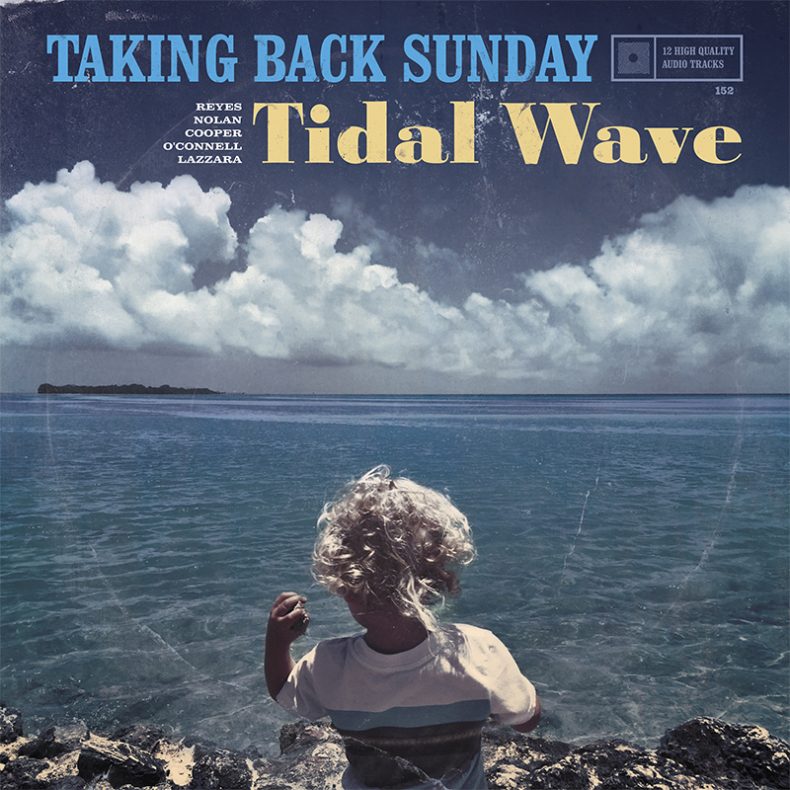 “Our idea is to go to the smallest clubs we can go to,” Taking Back Sunday vocalist Adam Lazzara excitedly told Entertainment Weekly about their upcoming follow-up tour in support of their new album Tidal Wave (Hopeless Records, release date: September 16, 2016). Kicking off at Omaha, NE’s The Waiting Room on September 17, this tour brings the wide focus from the big sheds of their early Summer run co-headlining Taste of Chaos Tour with Dashboard Confessional down to more intimate rooms in order to connect more directly with fans. “We’d like to debut this record as honestly as we can and what better way to do that in a small club? Outside of a week there in the middle, it’s a two band bill, so we’re going to have to play for a long time.”  You Blew It! will be direct support (except Oct. 8 and 9th where Loose Talk, featuring former members of Anberlin, will fill-in) and Mammoth Indigo will open Oct. 5 through 11.

Their seventh album (first new album since 2014’s Happiness Is…), Tidal Wave picks up where the previous record left off and ups the ante to a whole new level. “By the time most bands get to this point in their career they are pretty set in what they do, but we were really mindful about approaching our musical ideas differently this time around and staying true to where the five of us are in our lives right now,” Lazzara explains. “This album is truly an expression of what Taking Back Sunday is during this snapshot in time as opposed to what we think people expect from our band.”

Showcasing the strengths of the Taking Back Sunday’s continuous and consistent musical evolution from the breakneck kick off track “Death Wolf” to the anthemic “You Can’t Look Back” and the ballad “I Felt It Too”, the album also expands the band’s palette, especially evident on the album’s lead-off single and title track which channels The Clash both sonically and energetically. “I think this idea of making songs that we wrote for ourselves started with Happiness Is… and since the reaction to that album was so positive it really encouraged us to take that a step further with this album,” guitarist John Nolan explains.

As they prepare for the release of Tidal Wave, Taking Back Sunday is excited not only for their fans but for themselves as well. “I think this record is going to help us reconnect with our old fans as well as cross paths with some new ones,” Lazzara explains, “but in the end, we wrote it for ourselves and we couldn’t be happier with it.”