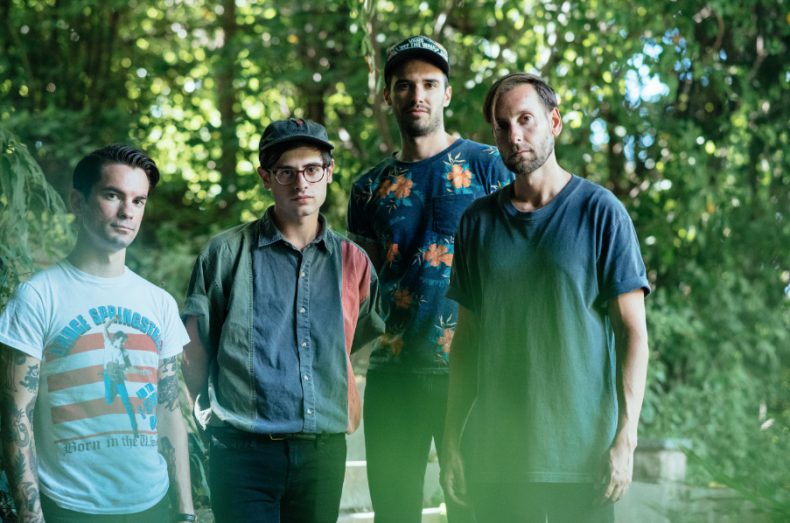 Philadelphia, PA’s Suburban Living has announced a new run of North American tour dates throughout November and December in support of their new album Almost Paradise. The first leg begins on November 9th in Toronto, ON and continues through the 18th in Brooklyn, NY, while the second leg will pick back up on December 2nd in Cambridge, MA before wrapping up on December 17th in Doylestown, PA. The dates include a November 10th show in Chicago, IL supporting Day Wave and a current itinerary is below.

Recorded by Jeff Zeigler (The War On Drugs, Kurt Vile, Nothing), Almost Paradise is a bold and sweeping album that expands upon the bedroom dream-pop of Suburban Living’s 2015 eponymous debut. Whereas the band began as a solo project of singer/guitarist Wesley Bunch – with him writing, playing, and recording everything on his own – it now includes Michael Cammarata (drums), Peter Pantina (bass), and Chris Radwanski (guitar) in collaboration to fill out the sound. The album was written across 2015, a year after Bunch moved to Philadelphia from Virginia Beach, VA and found himself working through both a heartbreak and the sense of disjointedness that comes with relocation. The resultant Almost Paradise is a coming-of-age breakup album that looks at the loss of love and friends, and the unmoored feeling that comes with change and finding a new sense of home.