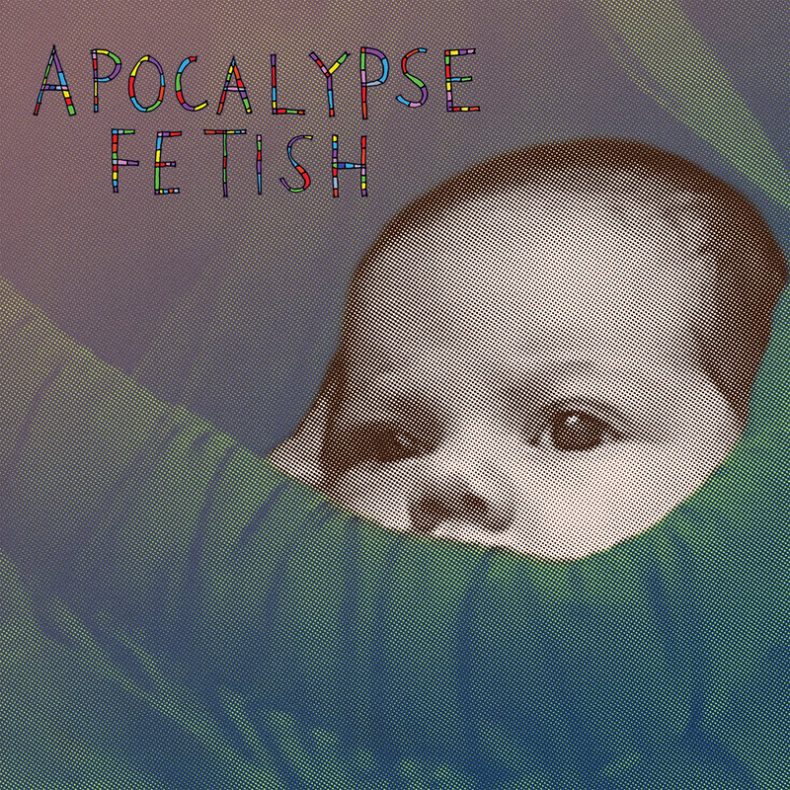 Speaking on the new EP, Barlow says:  “Apocalypse Fetish is a 5 song extended play release from, me, Lou Barlow. The cover features a newborn child peering warily over the edge of her mother’s sling into 2016, the year that conspiracy theorists became experts and anger went [even more] mainstream. The song “Apocalypse Fetish” proposes that, perhaps, many of us have been disappointed that the end of the world has taken too long to come after we’ve spent most of our lives predicting it. And, perhaps, we’ve decided to take matters in our own hands and “bring it on” because, if it doesn’t come soon, then didn’t we all seem foolish talking about it all. The. Time.”

“There are 4 other songs on the EP, none of which are political in nature but are similarly “fired up.” The melodic inspirations for the record came from my day in the back stairways and basement of the enormous Eagles Ballroom in Milwaukee, Wisconsin (Dinosaur Jr. were there opening for Primus in August 2015.) I was alone and playing my ukulele in the cavernous spaces and tiled showers there. The unique reverberations brought the beginnings of these songs. The hall is reputed to be haunted and I’m not so sure it isn’t.”

“I wasn’t able to fully draw the songs out until I recorded, once again, with Justin Pizzoferrato at Sonelab in Easthampton Massachusetts (May 2016.) I recorded my last full length record (Brace The Wave) there in 2015. I’m happy to consider this EP a follow up to that album, though, this time, every song is played on ukulele (strung with heavy strings and tuned much lower than a standard uke.) Actually, it sounds nothing like a ukulele. For all intents and purposes it is a 4-string acoustic guitar utilizing the strumming styles and lower toned soundscapes I’ve been pursuing since my first released ukulele recording: “Poledo” (on Dinosaur Jr’s 2nd LP You’re Living All Over Me.) Yes, I’ve been doing this for a long time. I’d be proud to have Apocalypse Fetish be my final record. Check it out.”