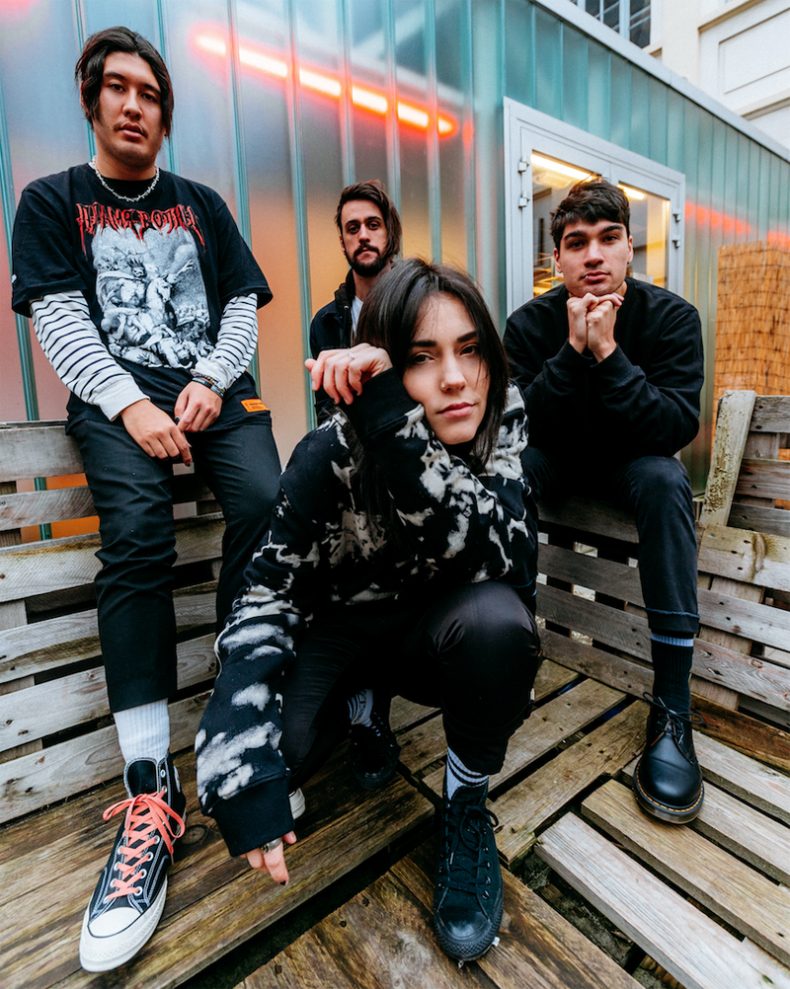 Stand Atlantic have shared a new single, “Shh!”, out now on Hopeless Records. Fans can stream or download “Shh!” below or HERE.

On the song, singer Bonnie Fraser shared,”Nowadays it is easy to feel manipulated by other people’s opinions, and speak words that aren’t our own. Shh! is about coming to the realization that it’s time for others to stop telling us what to think and start listening to ourselves. Don’t let anyone speak their thoughts into your throats. Speak from your heart, and people will listen.”

“Shh!” is Stand Atlantic’s first release since the single “Hate Me (Sometimes)”, which was released last fall. The band is currently touring Europe and UK with The Maine and recently wrapped up a co-headlining tour with The Faim.

Stand Atlantic, made up of Bonnie Fraser (vocals/guitar), David Potter (guitar), and Jonno Panichi (drums), launched into the international eye following 2018’s Skinny Dipping. The group’s blend of hard-charged rock and soaring pop melodies has earned them a home on international tours with the likes of New Found Glory, Neck Deep and State Champs – and critical accolades like a “Best Breakthrough Artist” Rock Sound Award and cover in 2019, “Best International Breakthrough Band” nomination at the 2018 Heavy Music Awards and inclusion in Kerrang‘s highly coveted Hottest Bands of 2018.

by Vicki Mahony on October 27, 2017
The Used The Canyon Hopeless Records “Where is the rock music these days?” millennials ask. Well, The Used are back with their first new album since 2014, The Canyon,  that touches base [...]
7.0