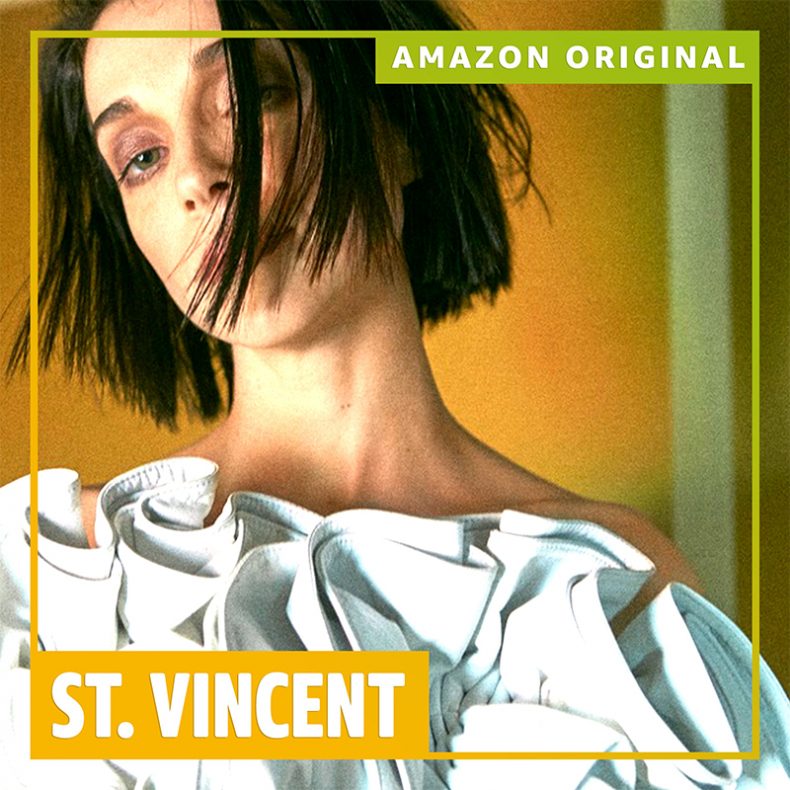 This week The Rock & Roll Hall of Fame honoured 2020’s new class of inductees, paying tribute to the enduring legacies of musical legends like Depeche Mode, Doobie Brothers, Whitney Houston, Nine Inch Nails, The Notorious B.I.G., and T. Rex. To honour their historic induction into the Rock & Roll Hall of Fame, Amazon Music has brought together an all-star collection of musicians, including St. Vincent, Real Estate, The Kills, Jehnny Beth, and Eyelids to cover the inductees’ most iconic songs. In addition, Amazon Music is making additional content available honouring the works of The Notorious B.I.G. and Whitney Houston.

Available now only on Amazon Music, the songs span decades, genres and styles, and find a new class of musical legends paying tribute to the artists who paved the way for their own careers. The full collection of songs can be heard HERE, and include:

“Current artists paying tribute to their heroes and influences has long been a staple of the Amazon Originals program and has produced so many great covers,” said Stephen Brower with Artist Relations at Amazon Music. “To honour this year’s wonderfully eclectic list of Rock Hall inductees with an equally distinctive group of some of our favourite artists seemed only natural, and we’re thrilled with the results.”

“Piggy remains one of my favourite Nails songs to this day,” said St. Vincent of her Nine Inch Nails cover. “I am obsessed with the slinky tambourine that is just a little lazy in feel. And when I took this song apart to cover it, it took me a long time to really understand the immensity of the groove. It’s a dark, industrial reggae. Muscular, but never as distorted as you imagined it when you think of it in your head… They made a complicated thing seem easy and made big, bold sonic choices.”

In addition to these brand-new Amazon Original covers, Amazon Music is also releasing brand-new [RE]DISCOVER Playlists for each inductee into the Rock & Roll Hall of Fame. These carefully curated playlists are career-spanning journeys through each inductee’s career – from the early industrial of Nine Inch Nails to deep cuts from Whitney Houston’s celebrated catalog. The playlists are streaming now on Amazon Music and can be heard HERE.

“The Doobies’ hits are ubiquitous as any other music I’d hear playing in the Orthodontist’s office in New Jersey while waiting to get my retainer adjusted. They are absolute classics, and deservedly so,” said Alex Bleeker of Real Estate. “We explored the Doobie Brothers catalog pretty thoroughly before finally settling on ‘What a Fool Believes. Of course, it was an obvious choice, but it’s also one of the greatest pop songs ever recorded, which was totally intimidating. Once we decided to go for it, it was really fun to get in there and discover each individual part and what makes the song so timeless and incredible.”

“Recording T Rex’s ‘Cosmic Dancer’ during these strange and dark times in lockdown, transported us to, for all intents and purposes, way way way better times,” said The Kills. “It was a joy to explore the guts and heart of this song, pull the curtains on the world outside, and get lost in Marc Bolan’s mind for a day. Music is medicine and this song was a much needed dose.”

Dave Grohl kicked off the show with a heartfelt introduction to this year’s class of inductees, and the special guests spoke further on how the 2020 Inductees impacted their personal and professional careers. To learn more about the Rock & Roll Hall of Fame’s 2020 Inductees or step inside the Hall of Fame Gallery and see artifacts and personal items to honour this year’s class, visit rockhall.com/class-2020-inductees.