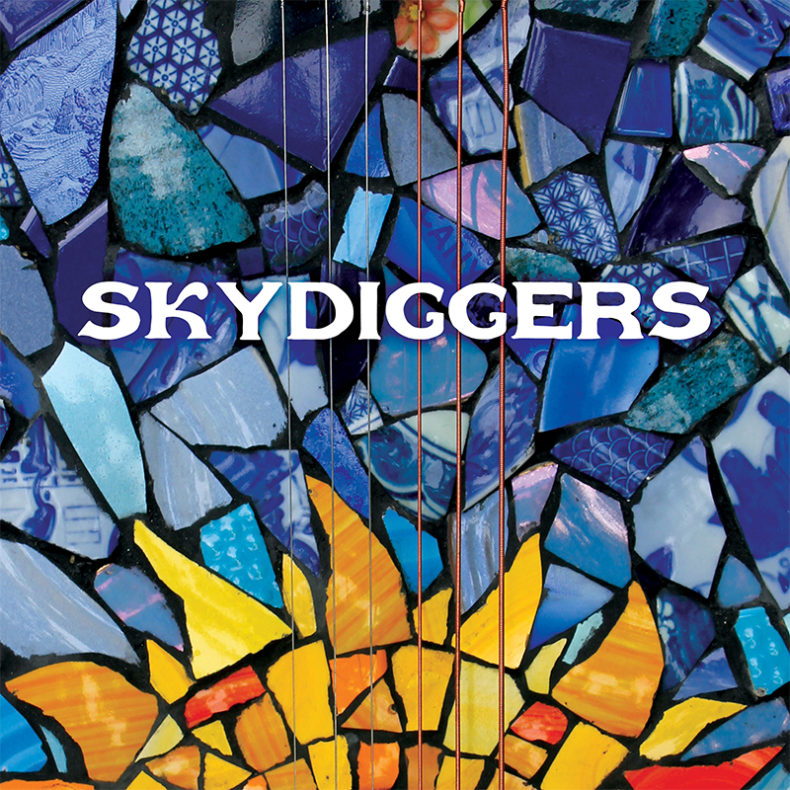 Skydiggers are sharing another track from their upcoming album, Warmth Of The Sun. The original idea for album track “An Apology” dates back to early in the band’s life. “I started fooling around with it on one of my writing retreats at the Banff Centre, raising the key to make it a little more plaintive,” say songwriter Andy Maize. “In the recording we added a solo and another bridge to try to get it to the two-minute mark. It’s nice to be able to reach back to older songs that for one reason or another never fell into place. Anything we have written is always there somewhere. Songs sometimes tell you when they are ready. They’re never gone.”

In a time of confusion, anger and division, the Skydiggers’ 9th studio album, Warmth of the Sun, arrives on October 20 as an eloquent and vital plea for compassion, honesty, healing and reckoning with the truth, rendered in the group’s classic folk-rock style.

The 12-track album, which reflects the group’s elemental guitar-based origins and plaintive layered vocal style, was recorded by longtime band associate Michael Timmins (Cowboy Junkies) and will be released via Latent Recordings label on CD, digital download, and — in a first for Skydiggers’ 30-year career — on vinyl.

The urgency and immediacy of the songs is reflected in how the record was made. Several are presented in live-off-the-floor versions, often with live vocals intact, lending the LP an air of immediacy, vitality and intimacy, reflective of the band’s storied live shows. It’s also evidence of the strength of the road-honed band lineup featured on the record: the rhythm section of Derrick Brady (bass) and Noel Webb (drums), vocalist Jessy Bell Smith and the most recent addition, multi-instrumentalist Aaron Comeau.

Finlayson adds, “If there was an agenda, it was that we wanted more of a guitar centric record. We very much love this version of the band. Most of the tracks were recorded in two days and we didn’t spend a lot of time on overdubs.”

The songs draw from a number of sources, everything from recent collaborations between Finlayson and Maize (“Like A New Beginning”) to songs that date back to the dawn of their collaboration in the 1980s (“An Apology”). “Show Me The Night” features an emotive vocal from Jessy Bell Smith and dates to a songwriting session between Finlayson, Tom Wilson (Lee Harvey Osmond, Blackie & The Rodeo Kings), Thompson Wilson, and Stephen Fearing (Blackie & The Rodeo Kings). “Push Comes To Shove” was one of several songs drafted by Maize during songwriting retreats at the Banff Centre and Finlayson’s “When You’re On A Roll”, co-written with Kevin Douglas, was penned during his frequent songwriting sojourns in Nashville. The set also includes two heartfelt covers: The Tragically Hip’s “The Rock” from The Depression Suite and “The Air That I Breathe”, best known in The Hollies’ hit version.

“Warmth Of The Sun is a reflection of the live band, how good the players are, how quick they are,” says Maize. “And we wanted to capture that energy and not overthink it.”

The result can only be described as a classic Skydiggers album, one that can sit shoulder to shoulder alongside milestone records in the group’s catalogue like Restless, Just Over This Mountain and Road Radio. “It’s a privilege to have had this opportunity to share our music with people for so many years,” says Finlayson. “Warmth of the Sun reflects our lives right now, and we’re lucky to share it with people and let it become part of their lives.”

Warmth Of The Sun Track Listing