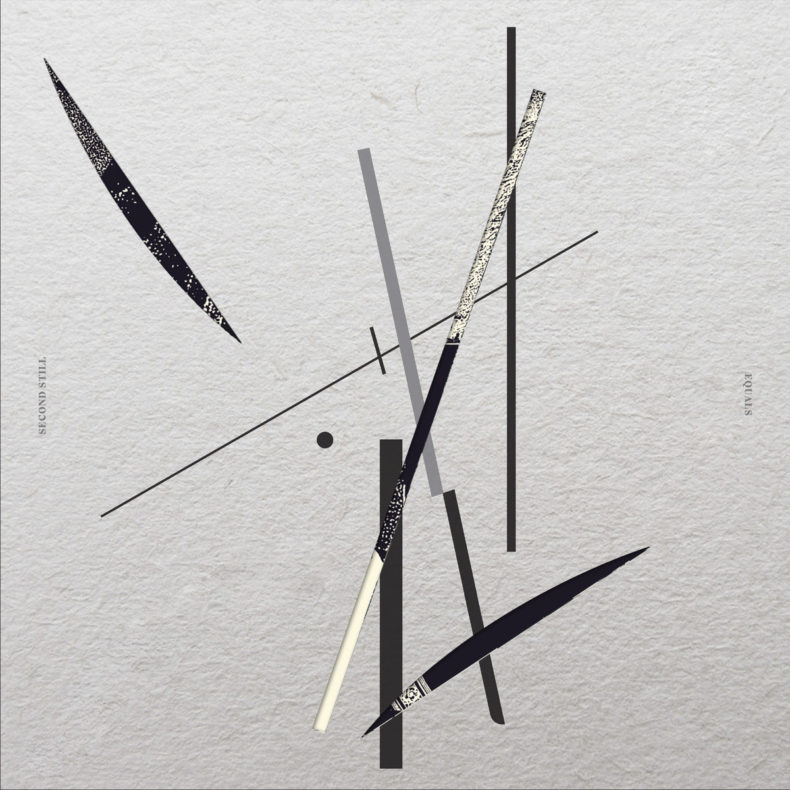 Second Still are back and set to release their second EP Equals on April 20th, 2018 on vinyl via Belgian label Weyrd Son Records, and on cassette through the new tape label Sentimental Records. Today, they share the third track off the upcoming EP, “In Order” via Big Takeover.

While the songs from this newest release retain the sheer power and intensity of the band’s previous two releases, Equals sees Second Still evolving their sound and progressing forward into sonically uncharted territory. The four main components of the band’s signature sound are still there — chorus and delay-heavy guitar, hypnotic bass grooves, heavyweight drum machine beats, and hauntingly beautiful vocal melodies — but they have added a couple of analog synthesizers into the arsenal for Equals, mixing a whole new element into their already uniquely realized style of post-punk. Commanding synth bass, subtle ambient soundscapes, and forceful lead synth hooks now supplement and enhance the distinctive sound that Second Still had already crafted on their first two releases.

The band also explores a more pop-orientated and lighter sound on Equals, especially on the A-side, while the B-side stays true to the band’s more melancholic and gloomy roots. The EP kicks off with “In Order”, an upbeat and throbbing dance-floor anthem with a pulsating arpeggiated synth line driving the song forward. Following that is “Ashes”, a six-minute pop ballad whose feeling is constantly shifting, at times being tastefully reserved and atmospheric, while at others totally unleashed and unhinged. The B-side offers a nice contrast to the pop sensibilities of side A, with three unrelenting back to back tracks of aggressive and forceful coldwave outpourings. The EP also has a sixth bonus track titled “Walls”, that is included in the digital and cassette versions of the album, and as a limited edition flexi disc to be given away with the first 100 vinyl purchases. Equals was written over a period of six months, and recorded in various rehearsal spaces and makeshift studios around Los Angeles. Chris King is credited with recording, mixing, and co-producing the EP, and Mike Tierney with the mastering. Jean Lorenzo, a NYC-based graphic designer, created the album artwork, which features a front cover with a die cut design, allowing for select sections of record’s insert to be visible through the openings.