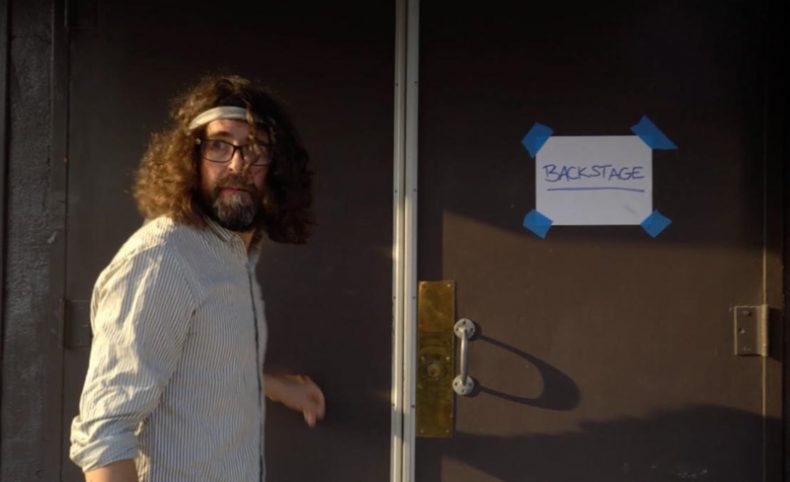 “I acted the shit out of that.” ~Lou Barlow

The Get Up Kids today released a new music video for their single “Lou Barlow” starring Lou Barlow himself. Directed by Kerstin Ebert and filmed at NYC’s Bowery Ballroom, the meta humorous new video arrives as the band begins their fall headline U.S. tour tonight at Denver’s Oriental Theatre (Kevin Devine and The Whiffs support the November dates, Hembree and Sontalk support the December dates). “We kept joking how hilarious it would be if we could get Lou Barlow to be in the video for ‘Lou Barlow,’” explains Matt Pryor. “It was absolute luck that we both happened to be in New York on the same day. When he agreed, we were thrilled. When we saw how much he put into the video, we were floored. He was amazing.” Lou Barlow confirmed in an official statement: “I acted the shit out of that.”

The Get Up Kids will join Dashboard Confessional on their 20th celebration tour of intimate rooms across the U.S. beginning early next year; see below for a full itinerary of upcoming dates.