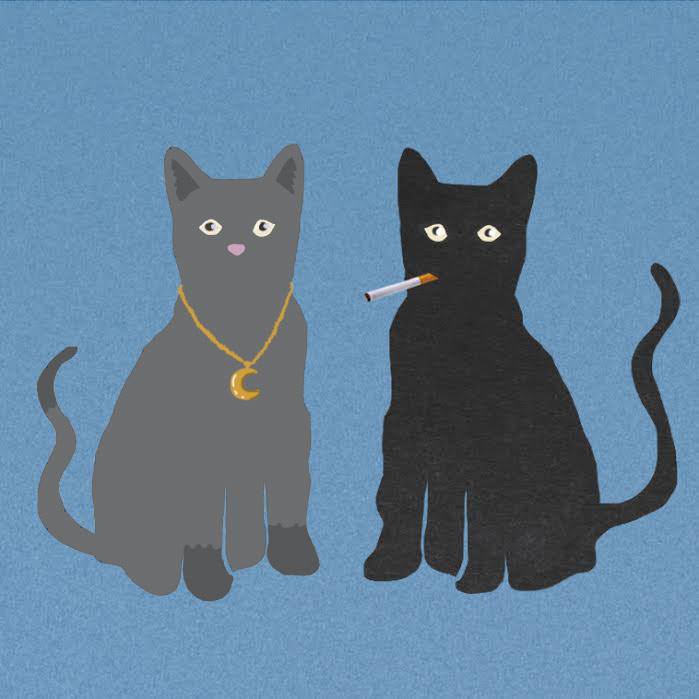 We Are Scientists, the Brooklyn-based pop-rock troupe, are set to return April 22nd with their fifth album. Titled ‘Helter Seltzer’ and released via 100% Records (on CD, digital and limited edition teal-colored vinyl), it is preceded by the single and video release of ‘Buckle’, the album’s bombastic opening track. Available today for stream and download, the accompanying video sees carrot juice, egg yolks, and glass splash and spin through the air with gorgeous languor!

“Most of our videos start with some kind of longstanding desire that we’re aiming to fulfil,” says We Are Scientists’ guitarist and vocalist Keith Murray. “And well, I’d always wanted to dump food all over Chris’s face. Not in an angry way. I just thought it would be fun, and man, was I right.”

In order to capture the sloppiness in all its colorful detail, New York City director Jedidiah Mitchell turned to the Phantom Miro video camera, a highly specialized machine capable of shooting over 1,000 frames per second, in bursts a maximum of 5 seconds long. The results make an iPhone’s slow motion video look paltry by comparison.
For ‘Helter Seltzer’ We Are Scientists asked their ex-keyboard player, Max Hart, to produce. Max had just finished a three-year stint as the keyboardist for international super-mega-person Katy Perry, choosing as his final gig Ms. Perry’s performance at the 2015 Super Bowl.
Max rented a studio space in Brooklyn’s DUMBO neighborhood, outfitting it with gear he had accumulated over a decade of obsessive internet shopping. In early March, the team got to work. Sifting through the options, a direction emerged: they would use the tones and trickery of radio pop to add a sweet sheen to the new crop of distinctively We Are Scientists songs. Months of toil and trial and error finally brought the right balance, and the finished recordings were shipped to mixer Chris Coady at Sunset Sound in L.A. Coady has quietly emerged in recent years as one of the finest mixers of glossy indie pop, with credits that include Future Islands, Beach House, and !!!.
In ‘Helter Seltzer’ he knew he had an album that should shimmer but also bang, and he applied all of the magic and sauce at his disposal to insure it did exactly that. Finally, the music was passed through the deluxe mastering machine that are the ears of Greg Calbi (Yeah Yeah Yeahs, Noel Gallagher, Perfume Genius) to add a coat of heft and sparkle, and in January of 2016, nearly a year after construction began, the album was pronounced complete.
“We’ve always made overtures toward being a pop band, but we’ve generally had the inclination to obscure those pop leanings in grit and chaos — to screw them up with fuzzed-out tones and raucous performances,” says guitarist and vocalist Keith Murray. “It’s made us really think about what our musical genre is. We’re not punk — we’re too interested in making our songs as pretty as possible. We’re not straight-up rock — our tastes are too left-of-centre. We’re not indie-rock — our heads aren’t far enough up our own butts. So finally, after putting as much time into thinking about it as we’re apt to — about ten minutes, over beers — we decided that our genre is ‘Helter Seltzer.'”
“Declaring a new genre is obviously douchey as hell, though, and impossible to deliver with a straight face,” adds bassist Chris Cain, “so we did the noble thing and just made ‘Helter Seltzer’ the album title. It’s especially apt for us these days, though. The songs here are more effervescent than we’ve ever managed to deliver, but they’ve still maintained a measure of that ‘Helter Skelter’ element — no matter how fizzy and refreshing the tunes are, they’ve

always got a bit of that seamy, scuzzy, ‘cult on Spahn Ranch’ vibe. We therefore consider this album, as a vessel of both sweet pop tunes and seltzer outreach, to be a work of undisguised philanthropy on our part,” concludes Chris.