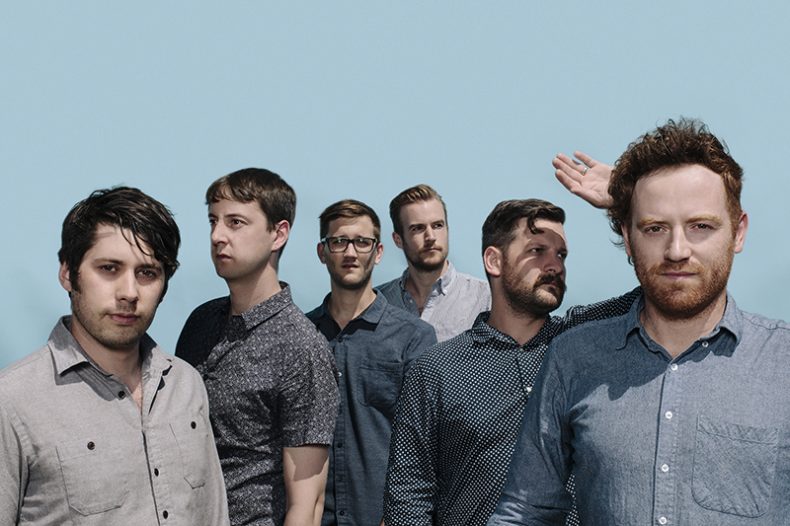 Yesterday Royal Canoe premiered the “rhythmic, percussive, synth-heavy goodness of “Love You Like That” via Baeble Music from its upcoming release Something Got Lost Between Here And The Orbit, due out September 16 via Nevado Records.  Prior to that the band premiered the track”Living A Lie” which came hot on the heels of the video for the album’s first single, “Somersault”.

Never ones to stray from the road for too long the Winnipeg sextet wrapped up a string of summer tour dates with Plants & Animals and are now ready to jump back in the van to promote the highly anticipated release of Something Got Lost Between Here And The Orbit.  A whole autumn full of tour dates that takes Royal Canoe to every corner of North America begins September 8. All performance dates can be found below.

In addition to a renewed sonic focus, Something Got Lost… brings an emotional clarity. But it’s a particular kind of clarity: one you experience when what’s most clear is that you’re really unsure about what’s happening with your life or, unsure about what happened to the life you once took for granted, while you were off experiencing stuff, being busy, accomplishing things. Life, and especially the life of musicians, tends to be shaped by an ebb and flow of leaving and returning, cycling between an extroverted, transient mode of being and one of introversion and staying put. Within the broader cycles, even our most important relationships can shift, morph and drift, no matter how much we try to hold them steady.

Almost three years have passed since the release of Royal Canoe’s sophomore album Today We’re Believers. Those years were full. The band played 200 shows, which included tours with the likes of Alt J and Bombay Bicycle Club, and stops at major festivals like Bonaroo, Iceland Airwaves, and Osheaga. The hard work paid off; Today We’re Believers received critical acclaim, was nominated for Alternative Album of the Yearat the JUNOs, and won Best Independent Album at Western Canadian Music Awards.

SPILL NEW MUSIC strives to keep our readers up-to-date with new releases by your favourite artists, keeping you informed of new album, single, and video releases. Stay tuned -- who knows, you might just discover your new favourite band.
RELATED ARTICLES
love you like thatnevado musicnew music
7.0