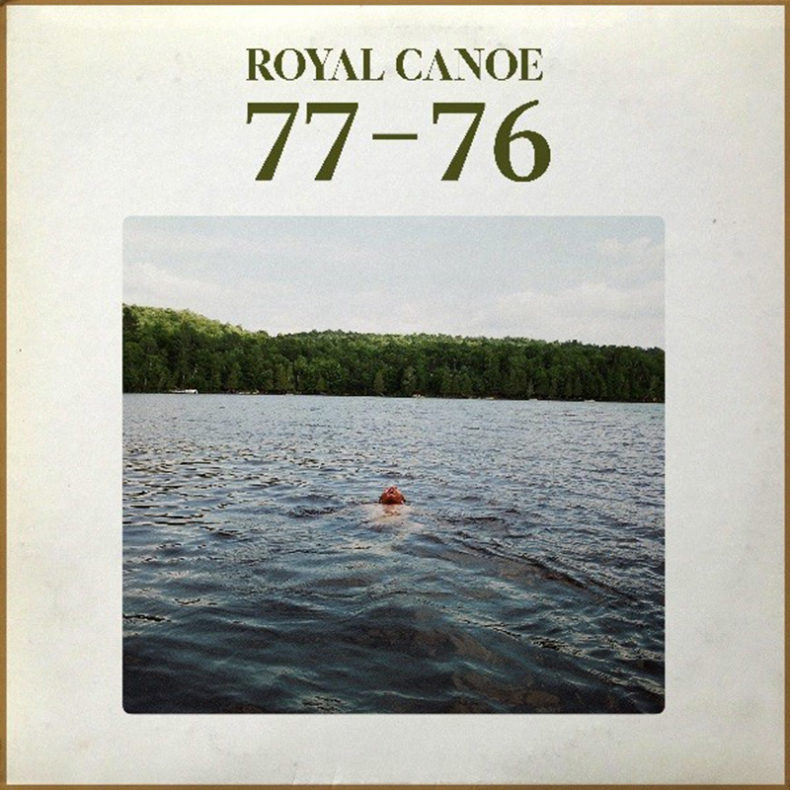 Winnipeg’s Royal Canoe have revealed a new single from their upcoming album Waver. Listen to “77-76” here. Waver is set for release on January 25th, 2019 on Paper Bag Records. Pre-order the album here.

“’77-76′ is about seeing a storm approaching on the horizon,” says the band’s Matt Peters. “The ship is beginning to rock back and forth violently, but the captain is drunk. Your last captain was alright, but this new one is an idiot. You go up on the deck and see the sky darkening fast. In spite of that, all you can do is hope the crew can rally on their own and keep the ship above water. You always find a way.”

Creating the album felt like a reset – an exercise in following the seed of inspiration to its end point before deconstructing and rebuilding. “Whenever we begin working on a new album we throw everything out, even if it worked last time, just so we have no chance to rest on our laurels,” says Peters. “On ​Waver ​we set out to create leaner arrangements and clearer melodies – less between us and the listener.” They wanted to mine new corners of their sound and find new places to go.

After all, Royal Canoe’s music has already taken them a lot of places. Around the world to play over 400 shows from Kiev to California, on tours with Alt-J and Bombay Bicycle Club, to major festivals likeBonaroo, Iceland Airwaves, and Osheaga and to Atlanta to work with Ben Allen (Animal Collective, Gnarls Barkley, Deerhunter). Their records have received critical acclaim: a nomination for Alternative Album of the Year at the JUNO Awards, Best Independent Album at theWestern Canadian Music Awards and love from music press and devoted fans the world over. They wrote music for and performed a musical version of Shakespeare’s Richard II and performed their sophomore album in its entirety with the Winnipeg Symphony Orchestra.