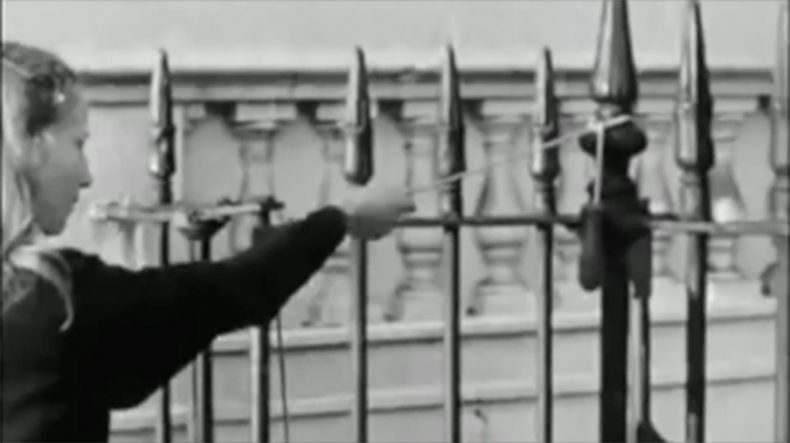 “I wrote this song almost a year ago on the eve of a heightened political regression that I felt was happening both in and outside of America. At the time there was a lot of unjust violence happening between cops and minorities, there was also a universal backlash of even more hatred towards different groups of people who were religiously, ethnically, and politically divided. I made this video out of that frustration, using a montage of footage from one hundred years of our worlds violent and disturbing history.”

“Almost jokingly, I added footage of Donald Trump, not with the slightest belief that someone so vile could ever possibly be taken serious as a political candidate, and yet today he’s become our nation’s president. I share this video as an expression of my personal frustration but also as an act of unification and solidarity for all of us who are feeling frightened and worried about each others well being. We must continue to fight for our rights and our beliefs, even in the darkest times we must carry forward and find the light. God speed to us all!”

Roya is a six piece band from Brooklyn with a strong pedigree: singer Rahill Jamilifard fronts Habibi, drummer Hamish Kilgour is a member of legendary band The Clean, Jay Heiselmann is from the critically acclaimed Grooms, and bassist Alix Brown is previously of The Lids, Jay Reatard and Golden Triangle. Their sound is a melodically driven somber post punk, with an earnest emphasis on lyrics.